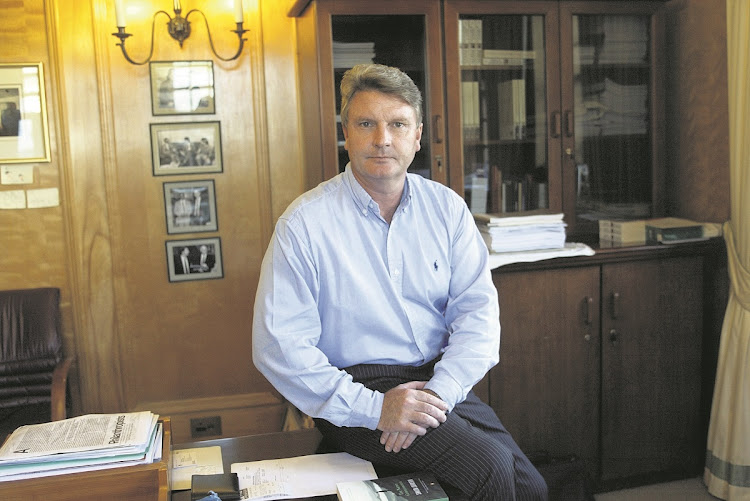 "Shaun died of natural causes in the early hours of the morning at his home in Cape Town, at the age of 60," said the foundation. "He leaves his wife Stefania and daughter Luna."

A private ceremony will be held for the respected former Rhodes scholar, political journalist, newspaper editor, author and executive.

A public memorial service will also be held, details of which will be announced in due course.

"Shaun was a person of tremendous vision, energy, wit, humility, humour and compassion. He poured all these qualities tirelessly into building the Mandela Rhodes Foundation from the ground up, invigorated by Madiba’s vision of changing Africa through its young leaders," said the foundation.

"He was a renowned anti-apartheid journalist, editor and executive, playing a key role in reporting on South Africa’s transition to democracy," said the foundation.

The Journalist states Johnson was was one of the early members of the Weekly Mail team (now the Mail & Guardian). He was deputy editor and political editor of The Star during South Africa’s transition to democracy, and went on to edit several newspapers, including the Cape Argus and Saturday Star. He was founding editor of the Sunday Independent in 1995.

He was also a long-serving member of Independent News & Media’s international advisory board, chairman of the Cape Town Partnership and a trustee of various charitable organisations.

In 1994 he published a book on South Africa’s transition, Strange Days Indeed, which included an introduction by Mandela. In 2007 his first novel, The Native Commissioner, published by Penguin books, won the Commonwealth Writers’ Prize for Best Book in Africa, the M-Net Literary Award and the Nielsen Booksellers’ Choice Book of the Year.

The Journalist further reports that Johnson spent his early years in Transkei and was later educated at Hyde Park High School in Johannesburg, Rhodes University in Grahamstown and at the University of Oxford, where he was a Rhodes Scholar (South Africa-At-Large, 1982). He won academic and sporting awards at both universities. In 2004 he was awarded the Centenary Old Rhodian Award by Rhodes University.

Shaun Johnson was a terrific and brave journalist...one of the inspirations, in addition to the then Black radical'ish City Press and radical Sowetan when I first stepped into the newsroom early to mid 1990s. Great writer, too. #RIP Shaun Johnson https://t.co/qaSLjsEY2b

I’m in awe and shock. Shaun Johnson surely lived a life full of legacy. You will forever be remembered among @MRF_Africa scholars for your leadership. Rest In Peace Shaun Johnson. https://t.co/BZLeeZCiSH

I am heartbroken to hear that Shaun Johnson has died. Without exaggeration, he changed my life. He showed me, by his own example, how I was allowed to be myself while trying to better the world.

To his family, and all the hundreds hurting right now, I'm so sorry. x

My friend and former journalist Shaun Johnson died unexpectedly yesterday. A lovely man and a really good South African. I will miss him.

Rhodes might have fallen at the University of Cape Town, but his name will live on in scholarships that allow graduates from around the world to ...
News
2 years ago

Celebration and sanctuary as Madiba danced with Miles Davis and me

On February 24 1990, 13 days after Nelson Mandela walked out of prison, I had a rendezvous with Miles Davis in San Diego, California. This day also ...
Opinion & Analysis
1 year ago