'We will intervene,' says MEC Maile on Emfuleni municipality's R2.3bn debt to Eskom 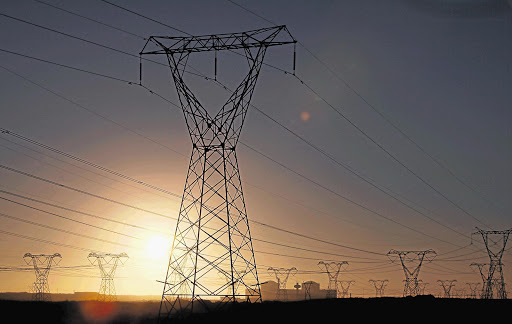 Gauteng MEC for co-operative governance & traditional affairs Lebogang Maile on Wednesday assured Emfuleni municipality residents that he will intervene regarding the council's R2.3bn debt to Eskom.

This comes after Eskom on Tuesday seized vehicles and furniture belonging to the municipality in Vanderbijlpark to settle historical debt.

In an interview with eNCA, Mailed quashed allegations that the municipality had not been paying Eskom.

“The municipality has been paying, I think that’s what is important ... the biggest problem has been the interest that has been growing on the historical debt,” he said.

“We will have to intervene and not just with Emfuleni only, the challenge is also with other local municipalities ... help have a discussion that will make sure we have a sustained, properly managed solution,” said Maile.

More than R600m had been paid to the power utility according to Maile, but the total debt had earned interest.

In 2018, a court granted an application by Eskom to have the municipality's assets seized.

TimesLIVE understands that the municipality on Wednesday made an urgent court application to stop the seizing of assets.

Mantshantsha has since confirmed the move.

“We will be opposing the interdict ... we are forging ahead with the operation.

“The sheriff is on the site today, to continue with the process,” he told TimesLIVE.

Prasa on Thursday paid R6.5m to Eskom, apparently putting to an end a "devastating" power cut that left commuters stranded.
News
2 years ago

After the seizure of assets, the municipality informed residents of the impact.

“The municipality hereby informs the residents that this seizure of asserts will impact service delivery efforts negatively and will result in backlogs in the delivery of basic services. At this stage, the municipality does not anticipate any interruption of electricity supply, except in cases of load-shedding.”

It also assured residents of its plan to ensure that normal municipal operations resumed within 24 hours.

“The municipality will continue to engage Eskom with regards to signing an interest free repayment agreement. The current interest to the total debt stands at R368m,” the municipality said in a statement.

Public works and infrastructure minister Patricia de Lille has disputed the accuracy of the R3bn figure her department allegedly owes to Eskom.
Politics
2 years ago

Disagreement over who in the government is responsible for making sure that state entities pay their debt to Eskom led to the breakdown of a ...
News
2 years ago