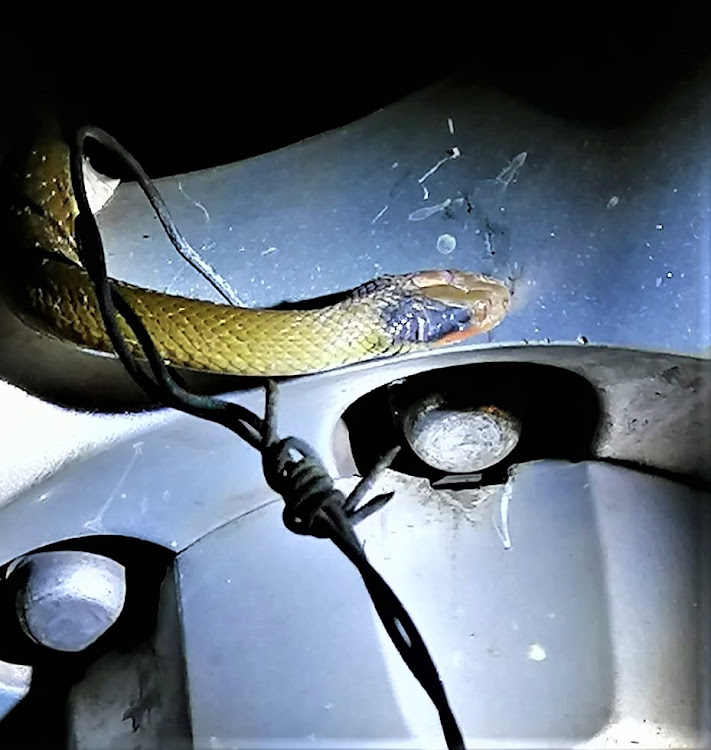 A Port Elizabeth policeman was treated in hospital after being bitten by this red-lipped herald which later hid in a wheel of the vehicle.
Image: Supplied

A Port Elizabeth policeman was rushed to hospital after being bitten by a snake while getting into his vehicle.

Police spokesperson Capt Sandra Janse van Rensburg said Booi was taken to the hospital after he raced back to Mount Road police station looking for help.

“He was at a house in Fourth Avenue near the Glen Hurd area, taking a statement in an assault case.

“He finished and was at the driver’s door of the vehicle when he felt a pinch on his leg. He looked down and saw a snake slithering under the car,” she said.

“He went back to the house to see if he could see any marks on his leg. He didn’t see anything and started to drive back to the police station. While driving he felt a strange sensation in his leg.”

Janse van Rensburg said he returned to Mount Road Police Station and called for help at the community service centre.

“He warned the other police officials that there could be a snake inside or under the car. As they approached, one member saw a snake sticking out of the wheel, between the brake pad and disc section,” she said. 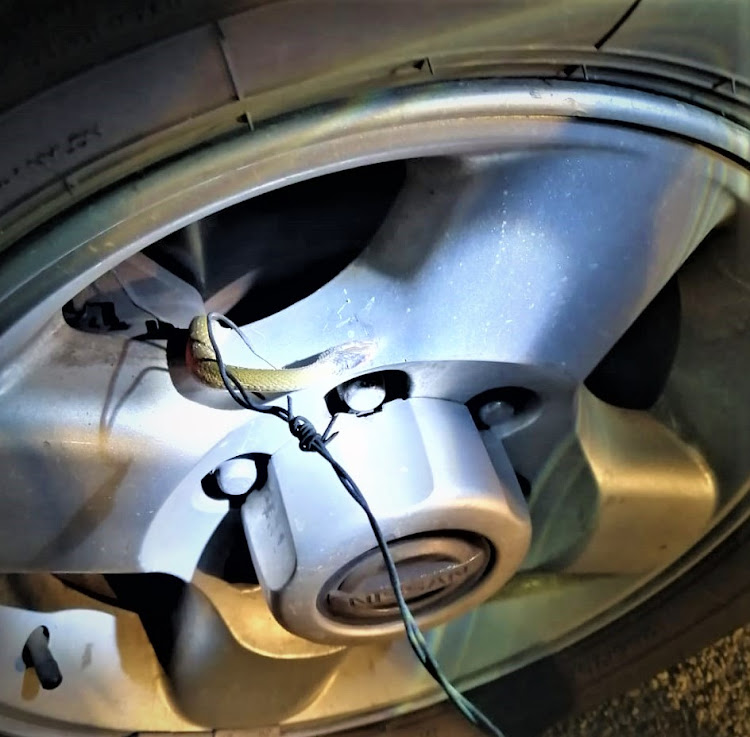 “The members tried to remove the snake from the wheel by using a piece of wire bent into a circle.

“They eventually got the snake out and managed to send pictures to Booi, who had already been taken to St George’s for  treatment.”

Janse van Rensburg said they established the snake  was a red-lipped herald.

“During the removal process, the snake was killed as they struggled to get it out of the wheel section of the vehicle,” she said.

Red-lipped Herald snakes are mildly venomous and pose no threat to humans.

“Once the snake was identified, the doctor treated Booi with basic medication before discharging him and booking him off for a few days,” Janse van Rensburg said.

Sandula Conservation owner and Port Elizabeth snake catcher Mark Marshall said it was common to find both red-lipped heralds and night adders in the area, particularly after the recent rains.

“It is close to the Baakens Valley where several species of snakes are known to live. These specific snakes, red-lipped heralds and night adders are nocturnal and are very active across the bay at the moment due to the recent downpour.

“They feed off frogs and the rain has made the area moist and wet for the frogs to come out. Over the past three days, I have caught about eight of these snakes in residences all over the bay,” he said.

An Eastern Cape businessman is in ICU at a Port Elizabeth hospital after being bitten by a Cape Cobra at his office.
News
1 year ago