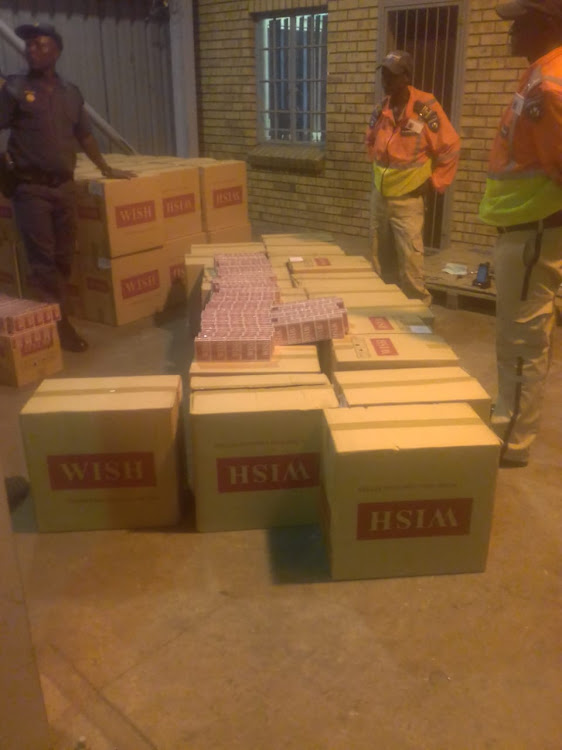 Police seized 75 boxes of cigarettes with an estimated value of R1.25m at the Kopfontein border post on Friday evening. SAPS
Image: SAPS

Police arrested a 31-year-old suspect and seized counterfeit cigarettes with an estimated value of R1.25m at one of the country's border posts with Botswana on Friday evening.

Police made the arrest at the Kopfontein port of entry when they stopped an Isuzu bakkie belonging to a courier company for a search.

“During the search, they discovered 75 master boxes of cigarettes with an estimated value of R1.25m,” police spokesperson Brig Sabata Mokgwabone said.

He said the driver was arrested and charged with failure to declare goods on which duty  had not been paid.

“The suspect is expected to appear in the Lehurutshe magistrate's court on Monday, March 23.”

Mokgwabone said acting North West police commissioner Maj-Gen Ryno Naidoo welcomed the arrest and seizure, saying it would send a clear message that transnational crimes will not be tolerated.

A KwaZulu-Natal woman has been arrested for being in possession of illicit goods with an estimated value of R1.2m.
News
1 year ago

Gauteng police have recovered seven stolen vehicles at a panel beater in Krugersdorp on the West Rand on Thursday.
News
2 years ago

Home affairs minister Aaron Motsoaledi said on Monday the Kopfontein border post between SA and Botswana was running smoothly ahead of Christmas Day.
News
1 year ago