What happens if you are arrested during lockdown? 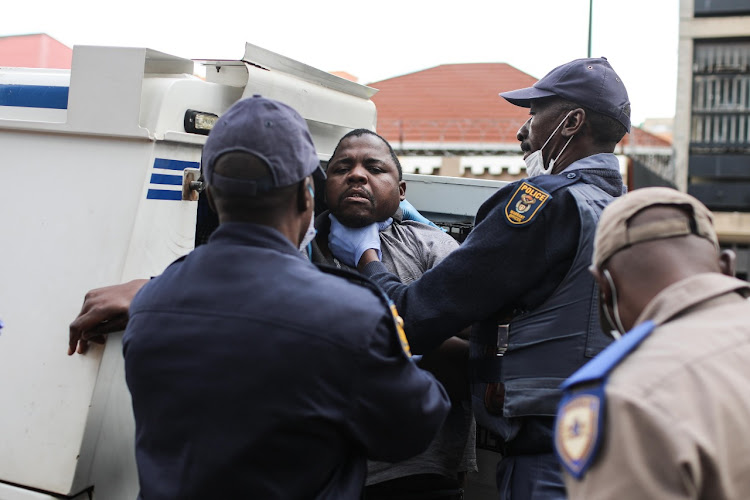 Police load a man into a van during operations on day two of the lockdown in Hillbrow and Yeoville.
Image: Sunday Times/Alaister Russel

Everyone arrested during the coronavirus outbreak in SA will be screened for Covid-19 before they are placed in a police holding cell.

Police have confirmed that those who test positive will be taken to a medical facility and be quarantined until they are clear of any symptoms.

The move comes as the government ramps up efforts to stop the spread of the deadly virus. There were 1,280 confirmed cases of Covid-19 around the country as of Sunday evening, the latest official stats available.

South Africans have been urged to follow global spatial distancing recommendations which include maintaining a distance of 2m between people.

With people being arrested in the country daily, fears have been mounting about how police stations and officers manning them will be protected.

Police management earlier this month issued national directives on procedures to sanitise holding cells, and how officers should protect themselves with face masks and gloves.

National police spokesperson Brig Vish Naidoo said that when arrested, suspects would be tested. Those testing positive would be quarantined.

“There are standard operational procedures to assist our members in our efforts to prevent the spread of the virus.

“We will limit the number of prisoners in cells. However, if suspects or prisoners are tested negative they can be detained together. All stations have been and are being issued with sanitisers for members' personal protection as well as to sanitise the spaces they are working in and the holding cells.”

The justice and constitutional department has also taken measures to ensure court cases go ahead, with video links established with prisons so detainees do not have to appear.

A circular released by the office of chief justice Mogoeng Mogoeng instructed that only “essential people” with interests in cases be allowed to be in court.

Bail hearings are to continue as normal with the number of people allowed in courts  limited to less than 100.

According to the circular, all criminal trials held in the regional and district courts,  enrolled between March 23 and April 9, are to be postponed until April 14, with no awaiting-trial prisoners or those held in police holding cells to be brought to court, unless for first appearances, bail applications or unless special arrangements were made.

A 29-year-old man was arrested after he allegedly bit and stabbed a police officer during a crime prevention operation over the weekend.
News
1 year ago

Two surfers were arrested over the weekend for contravening regulations under the Disaster Management Act, national police said on Monday.
News
1 year ago