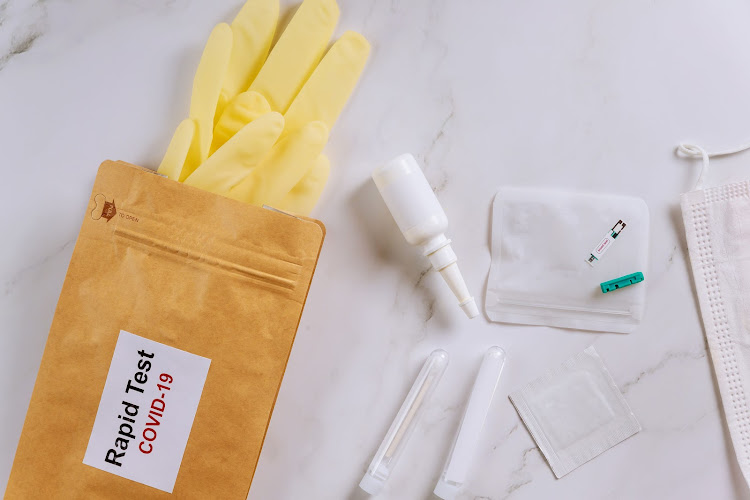 Three people have tested positive for Covid-19 after having contact with a Durban teacher who died from the virus on Tuesday.
Image: photovs/123RF

Three people — including two youngsters — who had contact with a Durban teacher who died on Tuesday due to Covid-19 have tested positive for the deadly virus.

In a joint statement on Wednesday, basic education minister Angie Motshekga and KwaZulu-Natal education MEC Kwazi Mshengu conveyed their condolences to the family of the 46-year-old schoolteacher, who taught at a primary school in Isipingo, south of the city.

According to Motshekga, the teacher had contracted the virus “several days ago”.

“Another teacher from the same school has also tested positive. All those who may have come into contact with the deceased are advised to present themselves for testing,” she said.

“A 14-year old learner, related to one of the two teachers, has also tested positive.

The South African Democratic Teachers Union (Sadtu) has paid tribute to a "wonderful" comrade who died on Tuesday due to Covid-19.
News
1 year ago

“The family of one of the teachers has also tested positive. Arrangements have been made to trace all those who may have come into contact with the deceased and the immediate family members.”

It is understood that the two youngsters have been admitted to Addington Hospital, a state facility that has been identified as a Covid-19 hospital.

“Losing teachers at a time like this is particularly hard when they are instrumental in ensuring that learning and teaching continues during the time of the lockdown,” added Motshekga.

Mshengu said he was saddened by the news. “This is another sad reminder that we all need to take the necessary steps and be extra cautious during this time,” he said.

“We really need to also take heed of the government’s call for social distancing, hygiene practices and staying safe. It can happen to anybody and for that reason let’s ensure that we do all that we can to stop the spread of the virus.”

According to the education department, the teacher was admitted to St Augustine's Hospital in Durban on March 6 after suffering severe abdominal pains. She spent two weeks in hospital before being discharged. The teacher was later readmitted and diagnosed with asthma.

The South African Democractic Teachers' Union (Sadtu) said it “strongly believed” that the teacher contracted the virus when she was first admitted to hospital.

“According to her family, she was hospitalised with an elderly patient in her ward,” it said.

The union urged teachers and pupils at the school “not to panic” because the teacher had not returned to class after falling ill.

KZN MEC for social development Nonhlanhla Khoza has called on grant recipients to collect social grants at a time when there are shorter queues at ...
News
1 year ago

The Umkhonto weSizwe Military Veterans' Association in KwaZulu-Natal says it will inform its members to come out and strengthen law enforcement ...
News
1 year ago