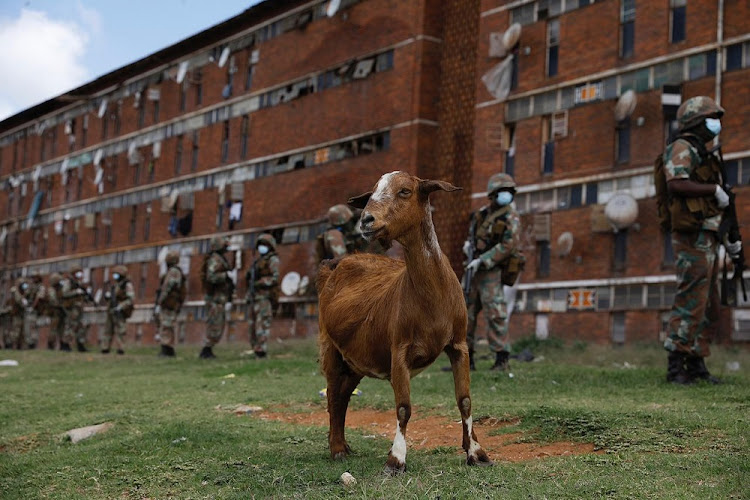 Amended regulations to the 21-day lockdown have seen a strong reaction on social media.

Minister of co-operative governance & traditional affairs Nkosazana Dlamini-Zuma said on Thursday that the National Command Council (NCC) had resolved to ease the rules relating to funerals, by allowing close family members, children of the deceased and close allies to travel between provinces and metros, to attend burials.

Night vigils remain banned for the duration of the lockdown.

Individuals must produce a death certificate as proof and can obtain a permit from a magistrate's court or their nearest police station manager if they want to travel to attend a funeral.

The minister said spaza shops and informal traders were also given the green light to do business.

“We have learnt a few lessons from the past week of the shutdown. We have realised that spaza shops were supposed to be open, but for some reasons some were made to close. We are clarifying that all spaza shops should be opened. We have included informal food traders.”

On Wednesday, transport minister Fikile Mbalula addressed taxi association Santaco at Noord taxi rank in Johannesburg. He announced that taxis can carry 70% of their passenger capacity, an increase from the 50% he announced at the beginning of the lockdown.

Twitter has since been flooded with responses, with many worried that the relaxation of the rules would put the lives of South Africans at risk.

Others have called for the lockdown to be cancelled if some businesses are allowed to operate while others remain closed.

Here's some of the reactions:

one week in and we're already seeing an easing of lockdown rules... errrr. i'd be more comfortable if we rode out the full 21 days before easing up. but that's just me

Might aswell stop this lockdown shem coz every day we are relaxing the rules!!! 😑

South Africa must get serious. No more tinkering with lockdown rules. We can't accommodate every whim. This is a respiratory pandemic. STAY HOME! #COVID19SouthAfrica

I’m scared for SA with these new lockdown rules.

@CyrilRamaphosa there could have been some better solutions because a government tryin 2appease everyon during dis time of crisis will be the death of SA. 2b afraid of citizens that don't take the lockdown rules seriously as it is will be your biggest mistake #COVID19SouthAfrica

#21daysLockdown
Noo maan... Taxi industry is not the only affected industry in SA, so they do need to understand the meaning of compromise or sacrifice, the whole economy is suffering as a result of Lockdown. Businesses are not operating and they got to obey the lockdown rules.

Another day another relaxation of rules, this lockdown will not help us and Covid-19 has no mercy, o mohumi o modidi o hwa.

This Lockdown ihamba ngeziduko, the rules keep changing, at the rate we are going to struggle with this thing till spring

If taxis can operate at (almost) full capacity so that it can be more affordable for them, time to open up all companies, lift the lockdown and make it survival of the fittest. Everyone is taking a knock in these times, we either all play to the rules or not.

Guys stick to the first rules of lockdown for your own safety and your loved one's, don't read too much into these new amendments by these pensioners we call our leaders, they don't care abt the future of this country coz they know they won't be, part of it!!

Springbok rugby captain Siya Kolisi is not letting the 21-day lockdown stop him from working out and keeping fit.
Sport
1 year ago

The first of the month would have marked the day that some people would have been moving into their new homes and rental properties. However due to ...
News
1 year ago

POLL | What do you miss the most about life before lockdown?