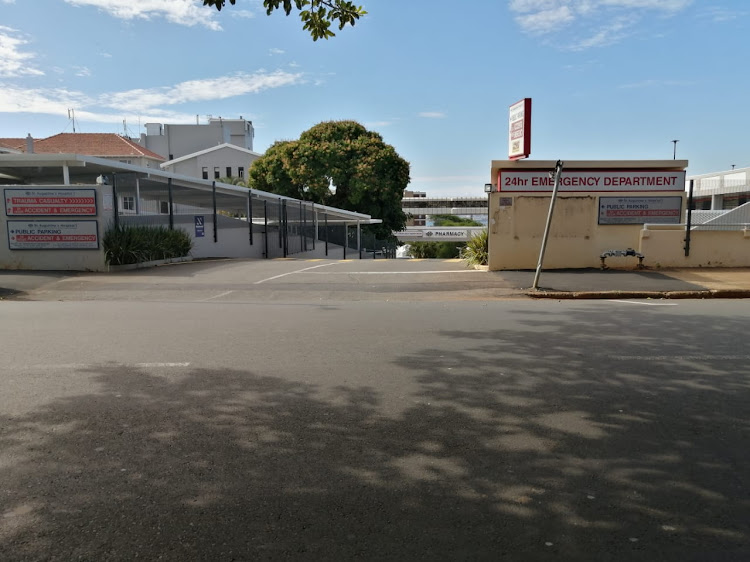 St Augustine's hospital in Durban was quiet on Tuesday after national health minister Zweli Mkhize announced that 66 people had tested positive for Covid-19, including 48 members of staff.
Image: Lwandile Bhengu

The Democratic Nursing Organisation of SA (Denosa) has called for one of the country's biggest private hospitals, Durban's St Augustine's, to shut its doors immediately after the national health minister announced that 66 people had tested positive for Covid-19 there.

The call comes after health minister Zweli Mhkize announced on Tuesday that he was "concerned" after it emerged that 66 people, including 48 staff members, had tested positive for Covid-19 at the hospital.

Denosa provincial secretary Mandla Shabangu told TimesLIVE on Wednesday: “We think that the hospital must be closed down because many people are infected and we don’t see management taking responsibility and protecting their employees and all those in there.

"They are still wanting to operate as normal and we will not allow this. We are calling for the complete closure of the hospital, not just parts of it. The entire hospital must close and be fumigated.”

Hospital owner Netcare said it would issue a statement on Wednesday.

Shabangu said the union had written to health minister Zweli Mkhize expressing its discontent that the hospital was still open for business.

“We will be releasing a statement later today following feedback from the provincial department of health and the premier.”

He said their stance on managers "who failed to protect their workers" did not only apply to St Augustine's but to hospitals across the province.

“If managers are found to be neglecting staff in terms of the proper safety gear, they will be taken to task,” he said.

The main entrance to the hospital was uncharacteristically quiet on Tuesday as nurses in masks slowly trickled out of the main gate.

This was just an hour after Mkhize made the announcement.

On Friday the hospital revealed that three patients had died from Covid-19 within 72 hours.

A security guard at the gate told TimesLIVE that things were calm.

"We are a bit wary because we have to take public transport but we are protecting ourselves with masks and it is in God's hands," said one guard.

On Friday the hospital announced that it had closed its trauma unit and was not admitting any new patients as a precautionary measure.

On Tuesday security guards were allowing in only staff and dialysis patients.

Mkhize said the provincial health department was in talks with the hospital.

KZN premier Sihle Zikalala is expected to provide an update about coronavirus in the province on Wednesday afternoon.

The trauma unit at Durban's St Augustine's hospital was temporarily shut down on Friday.
News
1 year ago

A grieving Durban man confirmed that his 81- year-old mother died from Covid-19-related complications in hospital on Thursday afternoon.
News
1 year ago