No smokes to light up Cape Town man's 116th birthday 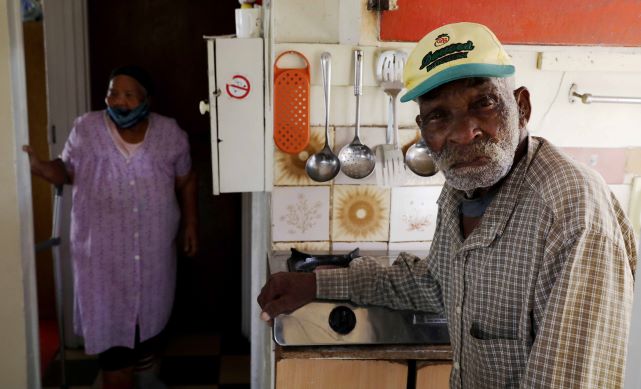 Fredie Blom from Cape Town, who turns 116 on Friday, with his wife Janneta.
Image: Esa Alexander

All Fredie Blom wants for his 116th birthday on Friday is something he cannot get under lockdown: tobacco to roll his own cigarettes.

A tall man with a smoky-grey beard below his mask, Blom could be the oldest man alive -despite “smoking like a chimney” all his life, according to his wife Janneta.

“He is stressed about having no more tobacco. He used to roll his own with newspaper, that was his hobby,” she says. “Nothing can comfort him now.”

“He likes to be independent and he is getting frustrated,” says his 86-year-old wife in their living room in Delft, on the outskirts of Cape Town.

No doubt Blom is exceptionally old — his identity document shows that he was born on May 8 1904 — but he does not seem frail.

Just two weeks ago, he was chopping wood after his son-in-law brought in a fallen tree.

“The wind was so strong that a tree fell down and he was chopping it up. He can spend hours making fires,” Janneta says.

Walking to the corner of the lounge with a cane, Blom leans back in an armchair listening to what he can hear of the conversation with hooded but alert eyes — for which he has never needed glasses. His hearing has faded, however.

Western Cape community development officer Gadija Francis must yell when she repeats my question to him about if he remembers the Spanish Flu.

In Afrikaans he replies that his sister died of the deadly flu pandemic, which claimed an estimated 50 million lives.

But Blom has survived more than a century, including the brutal apartheid era, and he is still standing.

He worked in construction and it appears manual labour may have contributed to his longevity, along with walking and cycling far to work — and dancing.

“Fredie was a good dancer in a jazz band,” says his wife of 46 years. “He had the moves. We met at a dance at a house party. 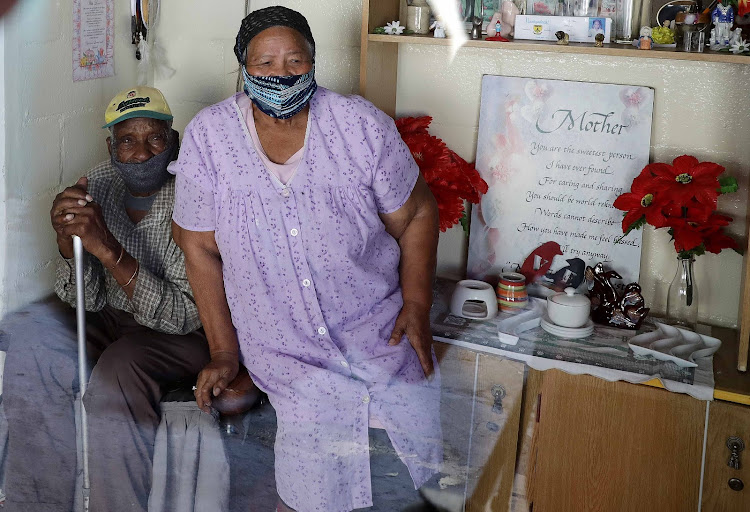 Janneta Blom with her husband Fredie, who is turning 116 on Friday.
Image: Esa Alexander

Her first husband died young and Fredie wholeheartedly accepted her two children and grandchildren, says Janneta. “He is a good man. He looked after them as his own.”

Among his favourite family meals are sheep heads and chicken.

On Friday Blom is expected to have a “birthday drive-by” to celebrate turning 116. He will be safely inside, says Francis.

The "official" oldest living man in the world is 112-year-old Bob Weighton from the UK. The Guinness Book of Records is reportedly verifying Blom’s age.

“If we die in lockdown, it could be of old age, not coronavirus. We are not scared,” says Janneta.

A 107-year old Dutch woman has recovered from the coronavirus, probably becoming the oldest survivor of the pandemic in the world.
News
2 years ago

'Sassa is betraying our elders': Mzansi responds to grant delays

Technical glitches saw thousands of beneficiaries in parts of KZN return to their homes empty-handed on Monday, despite standing in long lines since ...
News
2 years ago