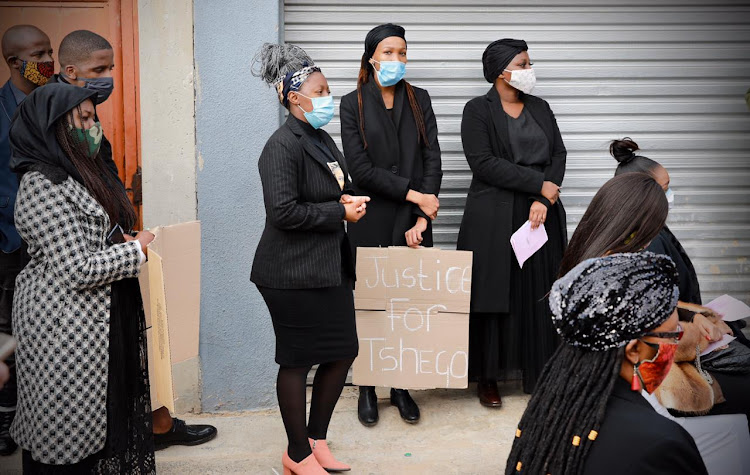 Mourners at the funeral of Tshegofatso Pule are demanding justice for her, after the murder of the mom-to-be.
Image: Sebabatso Mosamo/Sunday Times

Tshegofatso Pule’s uncle, who was the defence attorney for convicted murderer Sandile Mantsoe, pledged on Thursday morning to never again represent those who rape, kill and molest women or children.

Mantsoe was sentenced to a cumulative 32 years in prison for murdering his ex-girlfriend Karabo Mokoena in 2018.

“Tshego is Karabo Mokoena today. I now know how it feels. I now know what the family of Karabo went through,” Tumisang Katake told mourners at the Soweto funeral of his niece, who was eight-months pregnant when she was murdered near Florida Lake, Roodepoort. No-one has been arrested yet.

“Yes, I did my job, but I now know what it feels like for the family.

“And from this day on, if you come to me and say you have raped, go to hell.

“You come to me and say you have killed your girlfriend, go to hell.

“You come to me and say you have molested a child, I don’t care, go to hell,” Katake said. 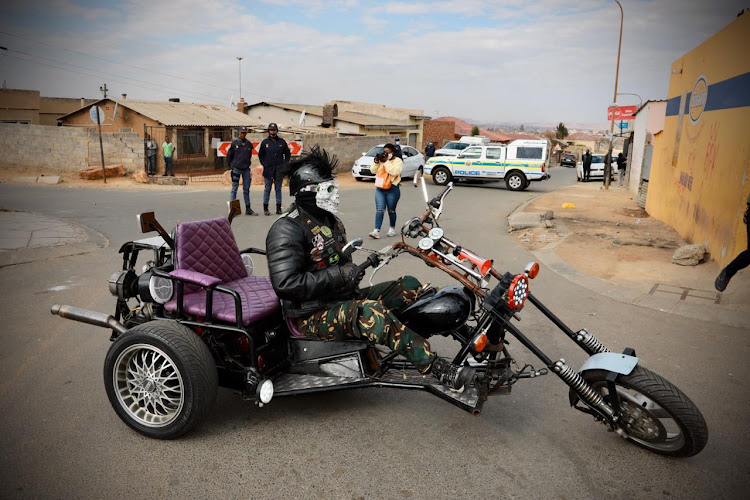 Local bikers arrived to show support to the Pule family at the funeral service of Tshegofatso Pule, who was 8 months pregnant when she was found hanging from a tree.
Image: Sebabatso Mosamo/Sunday Times

Mourners gathered at the family home in Meadowlands in Soweto on Thursday morning.

White and yellow flowers covered the casket of Pule.

Close family members wore black T-shirts with a smiling face of Pule on it, demanding justice for her.

The mood outside the family home was sombre.

Those in attendance sobbed softly while speakers took turns to share fond memories of Pule, who had been orphaned at a young age.

“We know how Tshego grew up without parents, but let her death not be the darkness upon our lives.

“Let her death be the bright shining light upon our house,” Katake encouraged the family.

He also urged the family and friends not to “take the law into their own hands”.

In April 2017 our social media platforms were filled with images of the late Karabo Mokoena.
Opinion & Analysis
2 years ago