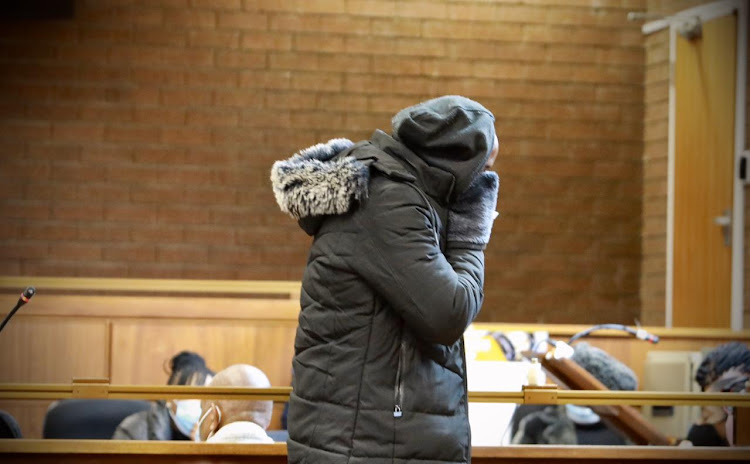 A man arrested in connection with the murder of Tshegofatso Pule and her unborn daughter appeared in court on Wednesday.

This is what we know:

Who is the suspect?

The man has been identified as 31-year-old Muzikayise Malephane. He was arrested by police on Wednesday while travelling from Mpumalanga to Gauteng.

Malephane appeared at the Roodepoort magistrate’s court and was charged with premeditated murder. He declined bail and is waiting for the appointment of a legal representative for his next court appearance.

He covered his face with his hands and the grey beanie he wore. He wore black sneakers, pants and a black jacket.

TimesLIVE reported that he “cried uncontrollably” while he covered his face in court.

The next appearance will be in camera, on June 24.

Pule’s uncle, Tumisang Katake, told journalists outside court that the family wanted to know the details surrounding Pule’s last moments. They still don’t know if there are more suspects involved in her murder but will wait for the trial to get more details, TimesLIVE.

Roodepoort resident Tshepo Bodibe saw Pule’s body hanging from a tree in the Durban Deep area after he was called by a community member. TimesLIVE reported that he was present in court and described the scene as “gruesome”.

He said Pule’s body was found on June 5, despite police having said June 8. This was the day after Pule was reported missing by her family.

A 31-year-old man has been arrested in connection with the murder of Tshegofatso Pule, who was eight months pregnant when she was stabbed and strung ...
News
2 years ago