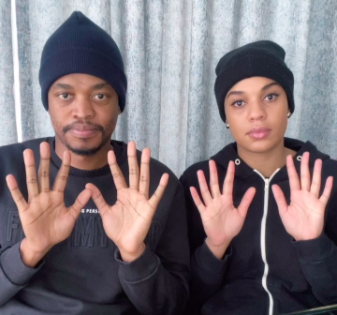 A TikTok challenge, asking men to acknowledge their privileges amid gender-based violence (GBV) and femicide in SA, has gone viral.

The challenge, which follows the format of the “put a finger down” game popular on the video-sharing app, highlights the realities faced by women daily.

It comes after the recent increase in GBV and femicide cases which have caused public outrage.

In his last address to the nation, President Cyril Ramaphosa said more than 21 women and children were murdered over the past few weeks.

WATCH | From GBV to easing of restrictions: Important takeouts from Ramaphosa's address to the nation

President Cyril Ramaphosa on June 17 2020 announced the easing of restrictions on restaurants for sit-down meals, accredited and licensed ...
Video & Podcasts
2 years ago

In the viral TikTok video, with the caption “We are the problem and we need to stop”, comedian Mpho Popps Modikane and his girlfriend, Roseann Hall, both hold up 10 fingers, putting a finger down for each gender-motivated experience they have encountered.

By the end of the game, which has been viewed more than 388,300 times, Hall can be seen with all her fingers down.

Modikane can be seen putting only one finger down for the narrative “drop a finger down if you’ve ever been mugged by a man”.

The video ends by saying, “if you any fingers left, that’s male privilege”.

The body of a woman, believed to be a traditional healer, was found floating in the Umzimkulu River, on the KwaZulu-Natal south coast.
News
2 years ago

National Assembly speaker Thandi Modise will write to the presidency in the wake of President Cyril Ramaphosa's gender-based violence comments, to ...
Politics
2 years ago

Rami Chuene to the president: 'We can’t hide men’s behaviour behind alcohol abuse'