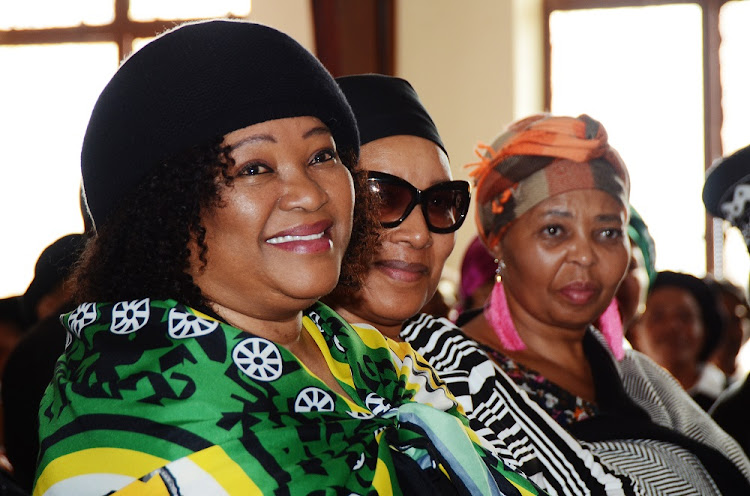 Sisters Zindzi and Zenani Mandela at the Meadowlands Methodist Church in Soweto on April 8 2018. Zindzi passed away on Monday.
Image: Mduduzi Ndzingi

The Mandela family is struggling to absorb the death of Zindziswa “Zindzi” Nobutho Mandela, a pastor close to the family said on Monday.

Bishop Gary Rivas from the Methodist Church of Southern Africa said he had known the Mandela family for more than 15 years. Rivas told TimesLIVE he had visited the family at their home in Soweto on Monday morning.

“The family is really struggling with coming to terms with Zindzi’s death. The children are taking it hard and the family still has a lot of questions,” he said.

Rivas told TimesLIVE the mother of four died at around 5am at Morningside Clinic in Sandton, Gauteng.

In a brief statement on Monday afternoon, the Mandela family said: "It is with great sadness that we announce the death of Mama Zindzi Mandela, youngest daughter of the late ANC stalwarts Nelson Rolihlahla Mandela and Winnie Madikizela-Mandela. She is survived by her children and grandchildren.

"The memorial service and funeral arrangements are to be announced in the course of the week."

Rivas said Zindzi was part of the Bethesda Methodist Church for several years before she left for overseas to serve as SA's ambassador to Denmark.

Rivas, who was involved in the funeral arrangements for Madikizela-Mandela, said he will remember Zindzi as a strong icon in the movement.

“She was the one who picked up her mother’s banner and kept the spirit of her mom alive. She was determined and a foot soldier on the ground. She never allowed her surname to get to her,” he said.

The Desmond & Leah Tutu Legacy Foundation said: "For the 27 years that Nelson Mandela was imprisoned, his family – wife Winnie Mandela and daughters Zindzi and Zenani – played a critical role, symbolising the humanity and steadfastness of the anti-apartheid struggle.

The foundation said Zindzi was regarded by many as a child of the nation.

"She accompanied her mother into banishment at Brandfort, and visited her father on Robben Island from the age of 16.

"In 1985, with South Africa in the depths of a brutally enforced state of emergency, Zindzi’s speech in Soweto on behalf of her father, rejecting PW Botha’s offer of a conditional release, reinvigorated the values and principles of the struggle.

"Her loss will be felt by all South Africans. Our thoughts and prayers are with her family. May Zindzi rest in peace and rise in glory."

'You were fearless in tackling real issues': tributes pour in for Zindzi Mandela

Tributes have been pouring in for Zindzi Mandela, who died in the early hours of Monday morning.
News
1 year ago