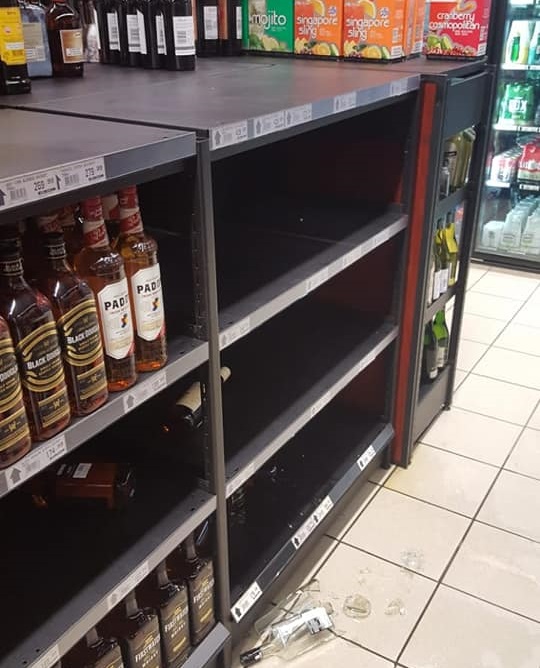 The alarm at the liquor outlet went off at 4.35am. A security company on the premises alerted the owner to the incident.
Image: Supplied

Expensive bottles of alcohol have been stolen in an early morning theft from a liquor store at Bothasig in Cape Town, two days after President Cyril Ramaphosa announced that the sale of alcohol would be banned.

Police spokesperson Brig Novela Potelwa said the alarm at the liquor outlet went off at 4.35am on Tuesday. A security company on the premises alerted the owner about the incident.

“On arrival he discovered that the security gates in front of the store had been forcibly removed and a window next to the door was broken.”

Potelwa said a “substantial quantity of high-end liquor” was stolen.

The value has not yet been established.

A case of burglary was opened.

The renewed alcohol ban may reduce the flow of trauma patients to hospitals during the Covid-19 peak, but its abrupt withdrawal is not necessarily ...
News
1 year ago

"The sale, dispensing and distribution of alcohol will be suspended with immediate effect"
News
1 year ago

It will be inexcusable to end up with beds in hospitals being blocked by patients who are casualties of alcohol abuse and compromising the lives of ...
Politics
1 year ago