'Tell me, how do we move forward as a family?' - Ndileka Mandela on Zindzi's death 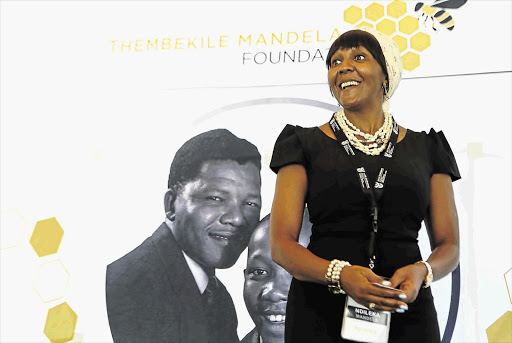 In a heartfelt tribute to her aunt, the late Zindziswa “Zindzi” Mandela, Ndileka Mandela said she was struggling to come to terms with her death.

Zindzi died on Monday at the age of 59.

“The whole day I've been trying to make sense of your passing, but I still can't. I've not washed, I'm still in my PJs since this morning,” Ndileka wrote on her Instagram timeline.

“Tell me, how do we move forward as a family?

“Where will my fellow rebel rouser be? We were kindred spirits when it comes to speaking our truths, damn the consequences.”

She described Zindzi as a “true gallant fighter”, who had become more like a big sister than an aunt.

She said as painful as it was, the family would try to accept her death.

“Part of me — a huge part — is livid at those who will now want to claim you while they never lifted a finger to even find out how you were doing.

“Part of me is livid at the name that has become an albatross on our necks and we're only remembered during Mandela Month.

Mandla Mandela has penned a fond farewell to Zindziswa "Zindzi" Mandela, who died at the age of 59 on Monday, revealing personal anecdotes of his ...
News
1 year ago