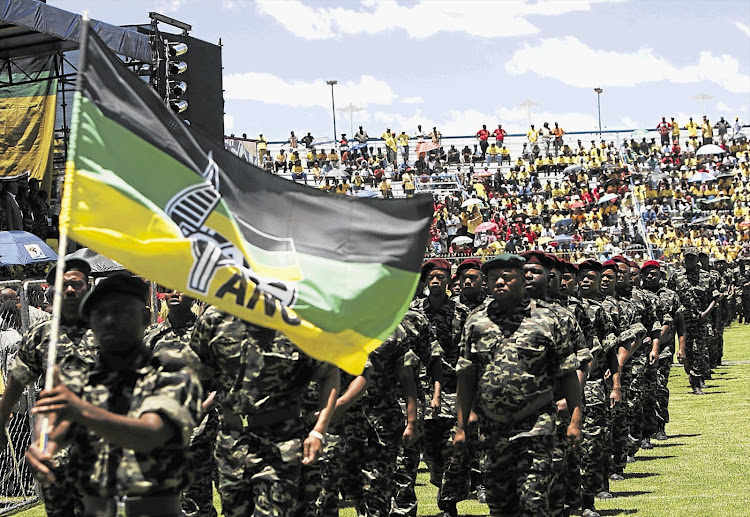 Umkhonto weSizwe veterans have distanced themselved from a call to 'shut down' parts of KwaZulu-Natal on Friday. File photo.
Image: SIMPHIWE NKWALI

The Umkhonto we Sizwe Military Veterans Association (MKMVA) in KwaZulu-Natal has distanced itself from an alleged plan to “shut down” Durban.

This follows a voice note circulating on WhatsApp in which a person speaking in isiZulu claimed that the MKMVA had met various groups, including taxi associations, to plan a shut down in protest against corruption and foreigners.

But on Friday, the day the widespread protest was meant to take place, the association released a statement, saying its provincial executive committee (PEC) stated “categorically that it has not invited members of Umkhonto we Sizwe to partake in the purported shut down of KwaZulu-Natal province for the purpose of forcing the  government and the ruling party ... to attend to the demands of all combatants from liberation armies.”

“Any MKMVA member that will participate in the shut down would have done that at own independent right. The MKMVA PEC also wishes to call on all its members to shy away from such a planned shut down,” said Mthembu.

In the audio, which began circulating on Tuesday, a man said: “This is what is going to happen, a lot of the roads in KZN will be closed, especially the Tongaat and Mariannhill toll plaza and the whole of Durban. It is going to be closed by Umkhonto we Sizwe soldiers and students and taxi operators.

“This was a decision taken yesterday at Albert Park. This is to protest [against] all the foreign nationals and to force the ANC government to engage us and remove corrupt officials.”

Provincial police commissioner Maj-Gen Thulani Gonya said in a statement that police had been deployed to deal with protests and would be beefed up along the identified routes and locations.

“We will be enforcing the laws of this country and anybody found in contravention would be arrested. We will ensure that the disaster management regulations are also complied with in terms of prohibited gatherings as well as numbers in terms of those gatherings that will be permitted,” said Gonya.

The uMkhonto weSizwe Military Veterans Association has taken aim at President Cyril Ramaphosa, calling for him to deal "decisively" with corruption.
Politics
1 year ago

A soldier allegedly shot a man during an argument over why the man was not wearing a face mask in line with Covid-19 regulations.
News
1 year ago