Questions over whether a freak accident, which claimed the life of a truck driver, could have been avoided have been raised after chilling footage of the incident, which was caught on camera on Monday night.

The incident occurred in Pinetown, west of Durban, on Stapleton Road shortly after 7.30pm. In the video, an unmanned truck can be seen ploughing through several vehicles before veering off the road and demolishing the walls of two homes.

The witness who filmed the scene that unfolded later spoke to TimesLIVE on condition of anonymity and described what transpired.

He said the initial accident did not involve the truck, but due to poor management of the scene by traffic officers who had responded to the accident, the truck rammed into stationary vehicles and continued rolling until it crashed into a house.

“There was an accident and I had parked my car at the nearby petrol station to go and take pictures of what had happened. As I am taking photos, the truck driver switches on his ignition. When he did that, the other motorists approached and scolded him. They alleged that he was drunk and told him that he could not run away,” he said.

“Without further ado, he switched off the truck.”

A truck driver has died in what paramedics described as a freak accident in Pinetown, west of Durban, on Monday night.
News
1 year ago

Fourie said the truck driver then attempted to stop the truck but fell out and hit his head on the road.

The traffic officer on scene ... did not contain the first accident scene in any way whatsoever, which resulted in the second accident.

According to the witness, the entire situation could have been avoided if the metro police officer on the scene had done his job properly.

“I am very disappointed in my observation of the traffic officer on scene, who did not contain the first accident scene in any way whatsoever, which resulted in the second accident,” he said.

“He was supposed to ask the truck driver for something called a plastic chock, which is very common and is placed underneath the wheel to brace it so that it doesn't roll.”

He said this should have been standard procedure for the cop when dealing with a stationary truck.

“This begs the question: do they induct their officers? If they do, what are the exact protocols that first respondents on scene are supposed to implement to contain an accident scene? Because in this case I'm sure certain protocols were not followed.”

He said the members had been attending to an accident when the truck was stopped at the scene.

“It is alleged that a truck had stopped at the accident scene and the driver was questioned by metro police. He had alighted from the truck and it is alleged that the truck started to move forward. As a result, the truck gained momentum and crashed into a few vehicles at the first scene of the accident and proceeded down the road, where it veered off into a fence and into a house.” 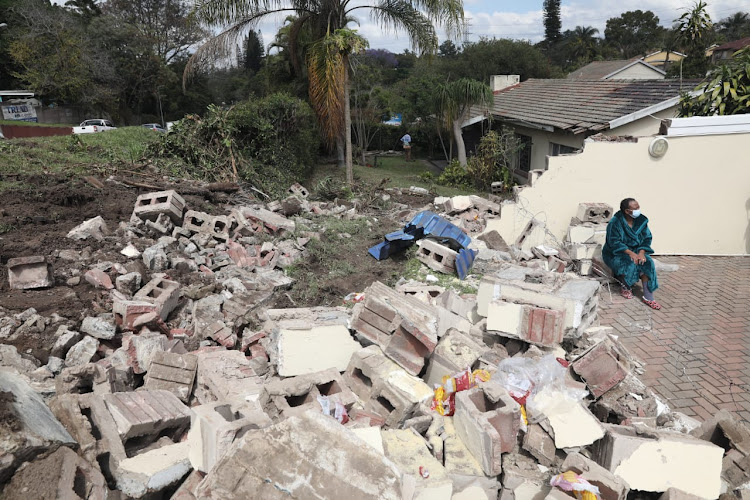 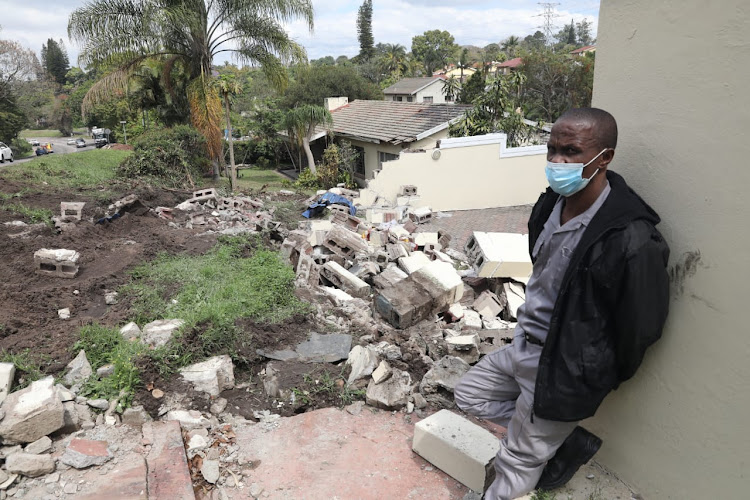 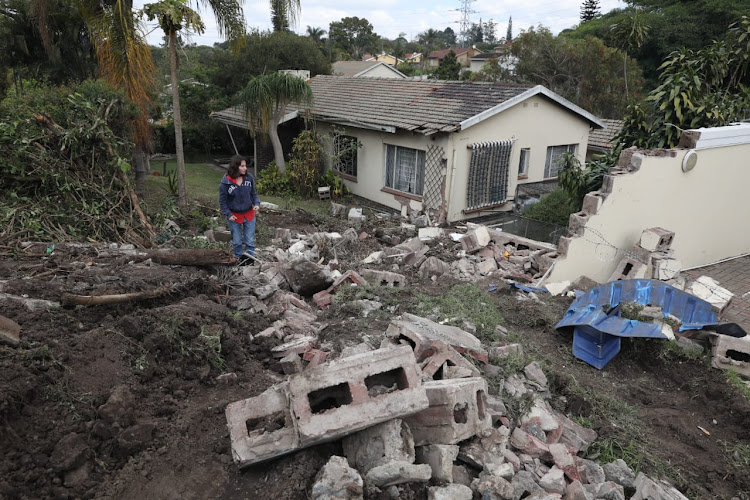 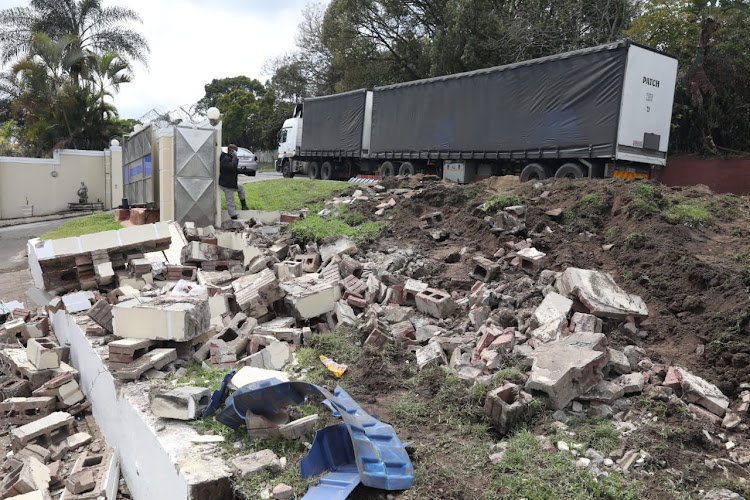 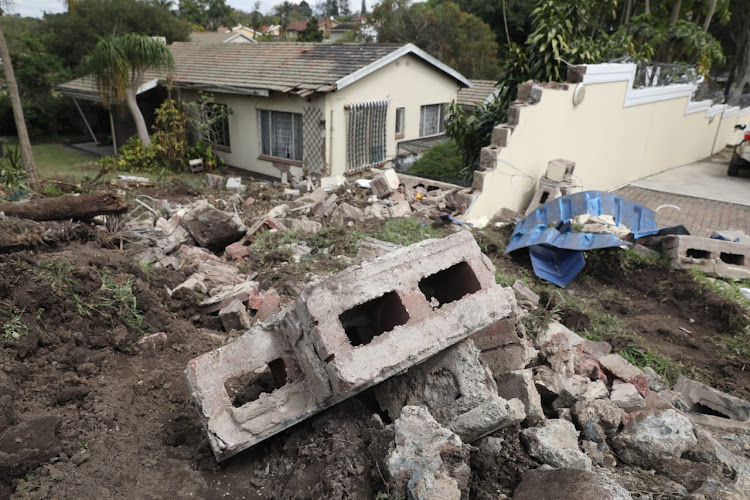 The wall of Sibusiso Makhanya's home was completely damaged.

“At that time we were done with having dinner. My parents were sleeping and we were watching TV. We heard people screaming outside. The next thing we knew there was this truck that smashed through the wall and into our yard and into the other house, which is our neighbours'," he said.

The 27-year-old said it was a very traumatic moment for his family — especially his younger siblings, who were in the house and very scared at the time.

“It was a very traumatic thing. You're relaxing in your own house, you're comfortable, already in bed. My mother had to also tell my dad to move out of the room and into the bathroom because they thought that the truck could have come into the house and hit them.”

Makhanya said there had been many accidents on Stapleton Road, some of which involved schoolchildren.

“We had an incident where one of our kids were involved in a car accident. I believe that the street should be developed for motorists' safety — perhaps some speed humps — so that these sort of incidents don't occur again.”

He said besides the owners of the truck stationing a security guard outside their home on Monday night, no-one had taken responsibility or contacted them regarding a way forward.

“It is alleged last night at 7.35pm, on Stapleton Road in Pinetown, a truck collided with several vehicles. A 50-year-old truck driver died at the scene. The circumstances surrounding the incident are being investigated,” she said.

The owners of the truck could not be reached for comment.

An elderly man is fighting for his life after being struck by a vehicle on the N2 near Ballito on Tuesday.
News
1 year ago

Two people were killed and six others injured in an early morning crash in Durban on Friday.
News
1 year ago

A case of culpable homicide is being investigated after a horrific accident between a truck and a minibus taxi claimed the lives of 13 people — ...
News
1 year ago