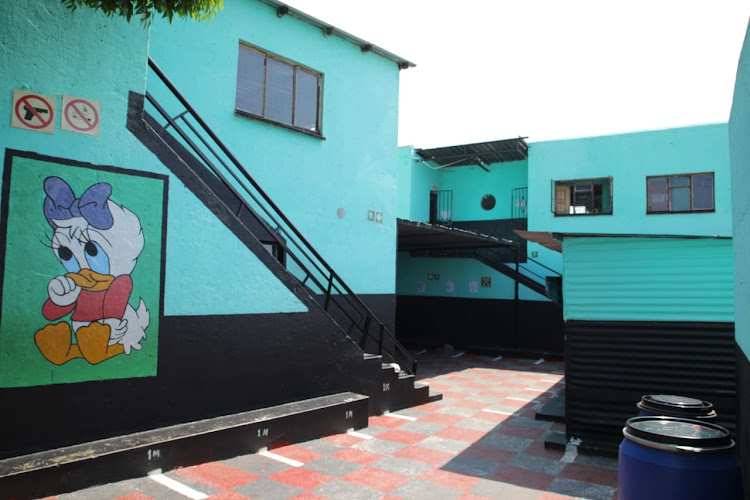 A school which was shut down for illegally operating last year mushroomed in a different location two weeks ago. The revelation was made by MEC for education in Gauteng, Panyaza Lesufi, on Thursday.
Image: Provided/ GDE

A school which was shut down for illegally operating last year, mushroomed in a different location two weeks ago.

Gauteng education MEC Panyaza Lesufi made the revelation on Thursday.

This is as he and law enforcement officials closed down at least four bogus schools in Ivory Park and Ebony Park, east of Johannesburg, during an unannounced visit.

Among them were Wisdom English Private School in Ivory Park and the True Grace Christian School.

“It is sad and disappointing to indicate that True Grace Christian School was among schools which were shut down in 2019. They unfortunately mushroomed at a new location which was allegedly built two weeks ago,” said education spokesperson Steve Mabona.

Some teachers at the schools failed to produced basic identity documentation, after which they were taken to police stations.

“The purpose of the said visit was to verify allegations that the mentioned schools operated illegally. Indeed, both schools were declared illegal because they are not registered with the Gauteng education department.

“On inspection, it was discovered that Wisdom English Private was operating on four different locations in Ivory Park. Some educators failed to produce legal identification documents and SACE [SA Council of Educators] compliant documents which is a requirement for an educator to teach learners in all our schools.

Gauteng education MEC Panyaza Lesufi said on Friday he was pleased with the turnout of matric pupils in the first week back after a break in ...
News
8 months ago

Speaking outside one of the schools, Lesufi said: “Unfortunately, the situation is worse that we expected.”

He alleged that some of the teachers, who were not accepted in credible schools, “forged” documents to be able to enter the education system and teach children.

He pleaded with officials to deal with the matter, as the environment at the schools had not been conductive for teaching and learning.

“It's not here only ... these kind of schools are mushrooming all over Gauteng. That is why I am giving officials 48 hours to deal with this matter, because if they don't we are going to have serious problems,” added Lesufi.

“The departmental officials have started with a desktop process to source placement for all affected learners in the event these schools are closed. Necessary engagements will be facilitated with all affected parents,” said Mabona.