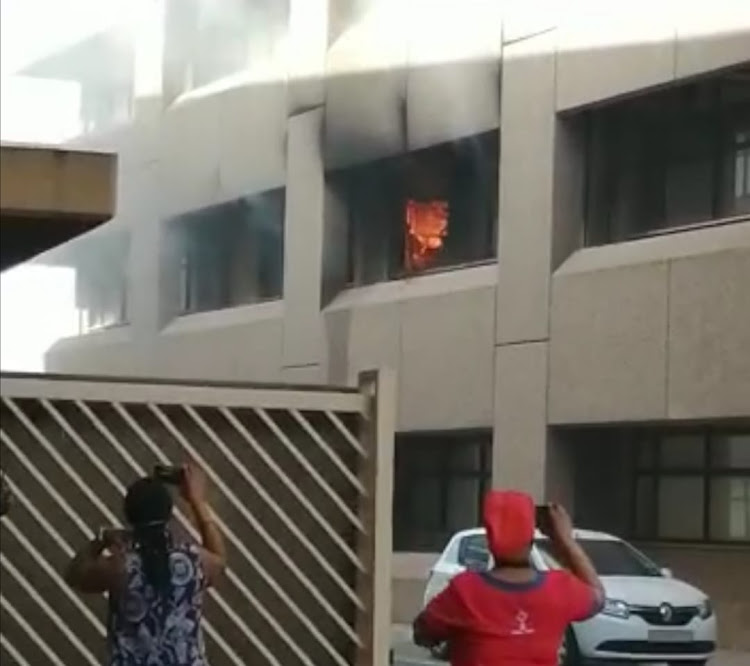 A screenshot from a video taken by an employee from a lab at the Inkosi Albert Luthuli Central Hospital in Durban on Friday after a fire broke out on the second floor.
Image: Screenshot

A fire which broke out at a laboratory at Durban's Inkosi Albert Luthuli Central Hospital on Friday morning has been extinguished.

While details remain sketchy, sources at eThekwini Fire and Rescue, not authorised to speak to the media, told TimesLIVE that they had received a callout for a fire on the second floor at one of the hospital's buildings just after 8am on Friday.

“The fire has been extinguished. No one was injured and rescuers are assessing the extent of the damage,” they said.

In a video posted on social media, an employee from the lab can be heard talking about the extent of the fire, insisting that her video is not doing justice to how bad the situation is.

Provincial health spokesperson Agiza Hlongwane could not be reached for comment.

An experiment by the Fire Engineering Research Unit at Stellenbosch University (FireSUN) has shown how rapidly fires can spread in informal ...
News
1 year ago

A fire broke out on Mount Kilimanjaro on Sunday afternoon and authorities were trying to contain it, Tanzania National Parks service (Tanapa) said.
News
1 year ago

A 51-year-old Limpopo father is believed to have committed suicide by setting alight his home using a "highly flammable substance", police said on ...
News
1 year ago