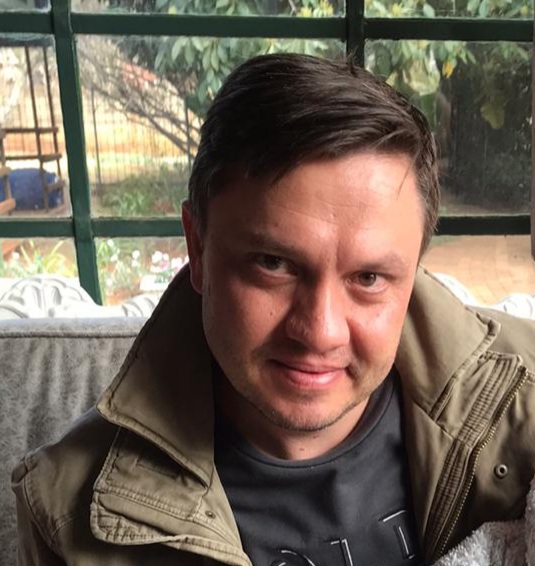 The family of Mpumalanga attorney Gerrit Stander, who was fatally shot during an armed robbery at this home on Monday, suffered a double blow as an ambulance refused to go to the house, saying it was in a dangerous area.
Image: Provided

The family of a well-known Mpumalanga attorney who was attacked and fatally shot during an armed robbery at this home on Monday suffered double blow as an ambulance allegedly refused to pick up wounded Gerrit Stander because it was a dangerous area.

This is according to his brother, Christiaan Stander, who received a frantic message informing him of the robbery at 2.05am.

The incident occurred while the family was sleeping. They were woken up by three men who stormed the main bedroom, according to Gerrit's wife. The men cut the electric fence and broke down the security door to gain access to the house.

A well-known attorney was shot dead during a housebreaking near White River in the early hours of Monday.
News
1 year ago

A  physical confrontation then ensued as Gerrit tried to protect his wife. He was later stabbed and shot.

“We were all shocked and immediately drove to their home while others tried to call police and an ambulance. They refused to dispatch an ambulance, they said it was a dangerous area even though it's 2km away from Kruger Mpumalanga international airport,” said Christiaan.

He had to drive his wounded brother to hospital, but said that said if an ambulance had been dispatched the outcome might have been different.

Gerrit succumbed to his wounds after 7am.

“Had they assisted us, perhaps Gerrit would still be alive,” he said in a trembling voice.

Gerrit, 38, was described as a humble, down to earth, family man who loved children. He leaves his wife and eight-year-old daughter.

“He loved children dearly. If there was a child in need, my brother was always there to lend a hand, even in his legal profession. He loved his daughter with everything. The reason he fought them [the intruders] to the last minute was to protect her and his wife. That's why he put up such a huge fight,”  he said.

Asked if the wife had been coping after the attack, Christiaan said she was not.

“She is deeply traumatised, distraught. She does not believe that he is really gone,” he said.

And so was his daughter.

“This morning I had to sit her down and explain that daddy has gone to be with Jesus and that she'll never see him again ... She cried a bit, but she was OK shortly after that. I don't think she fully understands what is happening,” he said.

The robbers took off with a laptop, the daughter's tablet, a wedding ring, which was taken off his wife's finger, and two cellphones, according to Christiaan.

He said his brother loved his job dearly and always went the extra mile to deliver.

“He loved an adventure, a challenge, he was a brilliant lawyer, never lost a case,” he said.

His colleague and boss attested to this.

“We are truly saddened as colleagues, everyone is in disbelief. When we heard the news this morning, everyone was just crying,” said Haylett Ciebrits, director of  Swanepoel & Partners Inc in Nelspruit.

Ciebrits said he worked alongside Gerrit for four years.

“He was a humble, reserved man, but everyone in the office knew how much he loved his daughter and wife. In the four years that I worked with him, I have never heard anything bad about him,” he added.

Police spokesperson Col Donald Mdhluli said a manhunt had been launched for suspects.

He said details of the incident remained sketchy as the wife was in shock and police needed to obtain a statement which could shed light into what transpired.

The family did not express shock at the lack of the arrests thus far.

“Its never going to bring back Gerrit, but deep down in our hearts, we do want justice even if it's not for us, but for these people to be taken off the streets so this doesn’t happen to anyone again, that's our wish,” added Stander.

Cash-in-transit security officers risk their lives carrying millions of rand on a daily basis. Despite a nationwide lockdown, SA Banking Risk Information Centre stats show a 29% increase in attacks on cash-in-transit trucks in 2020 compared with 2019. We talk to some of those tasked with transporting South Africa's money.

A well-known attorney was shot dead during a housebreaking near White River in the early hours of Monday.
News
1 year ago

Off duty KZN cop shot while waiting for transport

A KwaZulu-Natal police officer sustained serious injuries when he was shot while waiting for transport.
News
1 year ago

A Gauteng traffic officer was shot when he tried to pull over the driver of a vehicle which ran a red light in Alberton on Friday.
News
1 year ago