But have we tested too few people, too late? 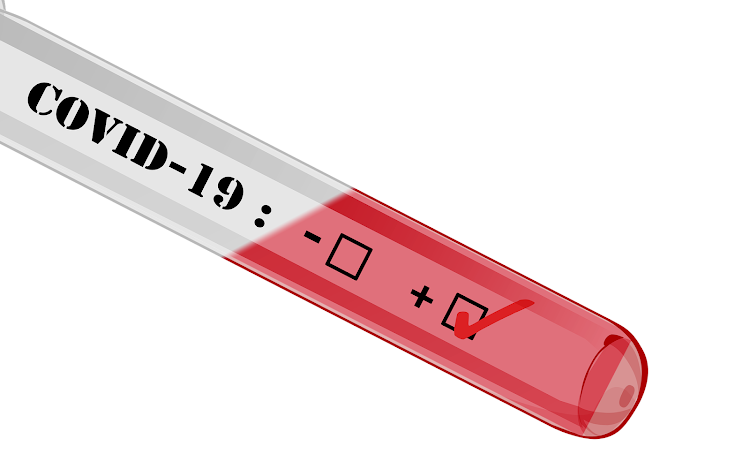 Surveys to find out how many people have been infected with SARS-CoV-2 are under way.
Image: GroundUp/Pixabay

SARS-CoV-2 antibody surveys can be used to more accurately estimate how many people in the country have been infected with the virus that causes Covid-19. A few such surveys are under way in SA.

In Gauteng, a survey which started three weeks ago and is to be completed by the end of the month, has gathered data from just under 3,000 people. In total the survey aims to test 14,000 people from 7,000 households.

Only one survey has been completed so far. A team of researchers from UCT and the Western Cape provincial department of health tested 3,700 people with HIV and pregnant women attending public facilities in Cape Town in July and August. The researchers found that 37% of those tested had Covid-19 antibodies, meaning they had probably been infected at some point.

While the survey was useful, the people tested were not a representative sample of the population of the city, so only cautious conclusions can be drawn from it.

A doctor is urging teenagers who attended Rage parties in KwaZulu-Natal to quarantine after an influx of Covid-19 test requests.
News
11 months ago

In a September 16 address, President Cyril Ramaphosa announced that a nationwide antibody survey would be conducted to understand the “actual levels of infection within society”. But this doesn’t appear to have started yet. The Human Sciences Research Council (HSRC) has announced that it will run a survey on similar lines to its HIV household survey (which is countrywide) but GroundUp has been unable to obtain details of when it will start, how many people will be tested or when the results will be announced.

Why antibody surveys are useful

Every day, countries including SA publish the number of Covid-19 tests conducted and how many people have tested positive. This is almost always a large underestimate of the actual number of people currently ill with Covid-19, because many people, especially those who are asymptomatic or only mildly ill, never get tested.

Also, the type of test typically used is a PCR one. These tests are good at telling if you are currently infected with SARS-CoV-2, but they cannot tell if you have previously been infected and have since recovered.

Shabir Madhi, professor of vaccinology at the University of the Witwatersrand and the Medical Research Council (MRC), explains that with PCR testing alone we cannot fully understand the spread of the virus, nor can we compare local experience of the pandemic to that of other countries.

An antibody survey, properly conducted, can give a more accurate estimate of how many people have actually been infected. This in turn can be used to estimate the real death rate for those infected with the virus, and how far into the course of the epidemic we are.

For example, when the epidemic was first out of control earlier this year in Spain, a survey found that only 5% of the population had been infected, suggesting it would be a long time before the disease had run its course. From this survey we can also conclude that infected people in Spain at that time had a chance of somewhere between 1.1% and 1.5% of dying.

Antibodies are usually detectable in your body for a few months after you’ve recovered from a SARS-CoV-2 infection. This makes them useful for surveys trying to determine the prevalence of the disease. But if you wait too long to do the tests, the antibodies are no longer detectable, though this doesn’t mean you are no longer immune to reinfection — that’s a much more complicated story. In SA the epidemic peaked in July. It’s not clear yet if we’ve left testing too late.

Not that useful for individuals

There was a good reason for this, explains Prof Wolfgang Preiser, head of division of medical virology at Stellenbosch University. Antibody tests available at the time were not good enough — many people who would test negative would have actually had an infection, and some who would test positive for the presence of antibodies would not have been infected with Covid-19. The false positive results were of particular concern, since they might have led people to believe that they were now safe from Covid-19 infection.

Things have improved since then. Madhi, who is running the Gauteng survey, says this is based on an in-house test developed for vaccine trials. This test is more sensitive (able to detect lower antibody counts) than the commercial tests offered to consumers and used in the Cape Town survey. The test is also more specific (meaning that it is less likely to indicate that someone has been infected if they have not).

Antibody tests should not be used to deduce whether a particular patient is safe from infection or reinfection. These tests are useful to study the population, but much less useful for individuals.

The Vineyard Hotel in Cape Town has begun the process of contact tracing after two staff members tested positive for Covid-19 in the venue that is ...
Sport
11 months ago

When the virus hits, 'you are not special'

While the debate rages, treat this as deadlier than flu

Cyril Ramaphosa got it right on Thursday night when he tightened restrictions on Nelson Mandela Bay/Port Elizabeth as Covid-19 cases surge in the ...
Opinion & Analysis
11 months ago