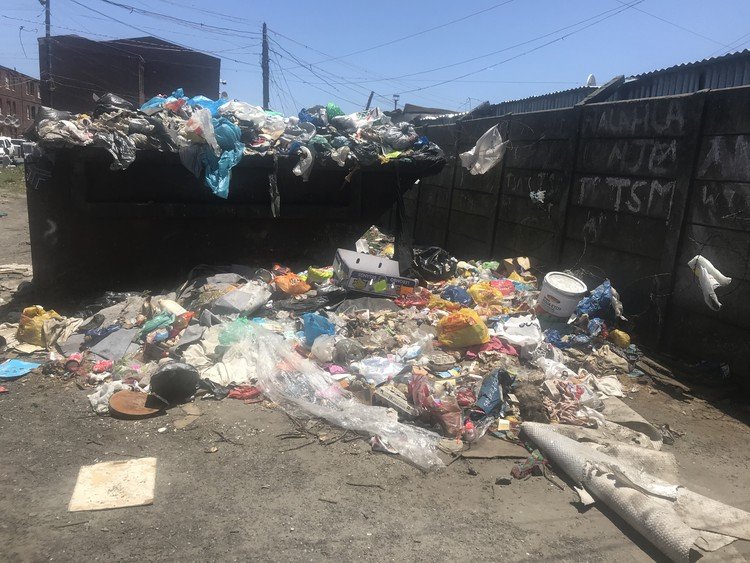 One of the many places where garbage is building up in Langa.
Image: Tariro Washinyira

Hostel residents in Langa, Cape Town, say uncollected garbage in the area has caused an infestation of rats that are biting their children and terrorising residents.

“The rats also spoil our food and run around the house at night making a noise. They are huge and terrifying. My cat can’t even fight them,” said Nandipha Lupha of Zone 26.

Residents of Backstage and Siyahlala informal settlements complained that illegal dumping and uncollected garbage had become a big health concern in the area. Last week, several streets in the community were littered with garbage and spots of vacant spaces were also covered with rubble.

“Every household is given one bin but homeowners get more people to rent in their backyard ... they do not apply for more bins at the city council. They [backyarders] get desperate when that one bin is full, leading to illegal dumping,” said Lupha.

Backstage residents blamed people living in Siyahlala for adding pressure on inadequate sanitation services in their community. They complained about illegal dumping and illegal electricity connections too.

At the age of four, Chuma Bhaxa had a near-death experience after he accidentally swallowed rat poison, which was put out as bait for rats that were ...
News
1 year ago

Siyahlala informal settlement was established in 2016 and continues to grow. It has about 4,000 shacks and is situated a few minutes walk from Langa train station. Some Zimbabwean nationals have also moved there.

Resident Magcoba Vumankosi has been staying in Siyahlala since 2018. He said unemployment is a huge problem in the informal settlement. “Many new people are moving in because they lost their jobs and find it hard to manage. Families now depend on social grants.”

The shacks are built around the old railway and have begun encroaching onto the central line which had still been active before its suspension last year. The area along the narrow pathway between the shacks and the railway line is also covered in garbage and faeces.

The Central line was last operational in October 2019. Metrorail spokesperson Riana Scott told GroundUp that “there is no estimated date” for a return to services, because damage to the line through theft and vandalism is “significant and extensive”.

“Land invasion is not confined to Prasa only ... All vacant Prasa land in the Western Cape has been zoned and/or designated for future development. The process of relocation is protracted, multifunctional and has to include the community, and follow the correct legal route,” she said.

The city’s mayoral committee member for human settlements Malusi Booi said they could not give the residents services without Prasa's permission.

“The city has to act in fairness and to recognise all of the other communities who have been waiting patiently. This is especially important in light of the enormous increase in illegal occupations across the metro over the past months,” he said.

“Numerous newly established communities are demanding services but currently the city is unable to cater for these unplanned settlements. The city is clear that unlawful occupiers regrettably do so at own risk,” said Booi.

The Green Scorpions have ordered the City of Cape Town to sort out pollution in the Milnerton Lagoon, following continued failures at the Potsdam ...
News
1 year ago

Two years since the SA Human Rights Commission inquiry into raw sewage flowing into the Vaal River, people living and working along the waterway are ...
News
1 year ago