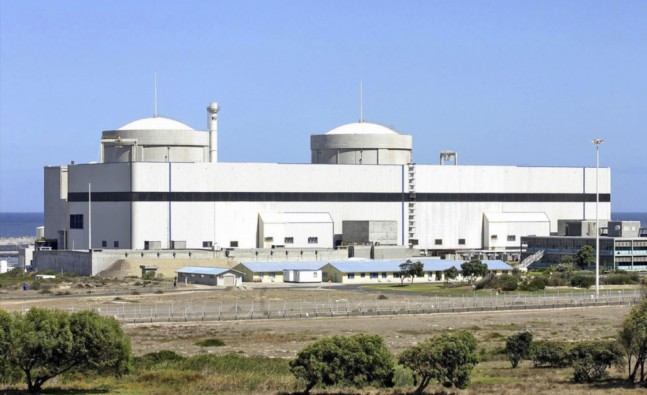 Eskom hopes to bring Koeberg Unit 1 back to service by May. File photo.
Image: Supplied

A leaky steam generator has prompted Eskom to temporarily shut down one of Koeberg’s two pressurised water nuclear reactors, the power utility said on Monday.

The faulty steam generator, one of three linked to Koeberg’s Unit 1 reactor, had been scheduled to be temporarily shut down in February for routine maintenance. The repairs and maintenance would now be completed concurrently, with the unit due to return to service in May, Eskom said.

“Yesterday [Sunday] afternoon an increasing leak rate was observed on one of three steam generators in Unit 1,” Eskom said in a statement.

“This was confirmed by other plant measurement readings. Although the leak rate was well within the safety limits, a conservative decision was made to take Koeberg Unit 1 offline for repairs.

“Shutting down the plant takes several hours, and the process is still under way. Once shut down, fuel will be unloaded from the reactor core to enable maintenance activities to be conducted, and the cause of the increased leak rate to be addressed,” the statement said.

There was no risk to plant, personnel or the environment, and Koeberg’s other unit continued to operate safely at full power, Eskom said.

It was not immediately apparent whether the temporary shutdown would increase the likelihood of load-shedding.

Eskom's attempts to coerce municipalities to pay when they are unable to do so is undesirable.
News
1 year ago

Two earthquakes felt in Cape Town last weekend unearthed simmering concerns about the long-term safety of the Koeberg nuclear power station, on the ...
News
1 year ago

The arrival of a 380-ton steam generator on Tuesday is the first step towards extending the life of the Koeberg nuclear power station in Cape Town.
News
1 year ago