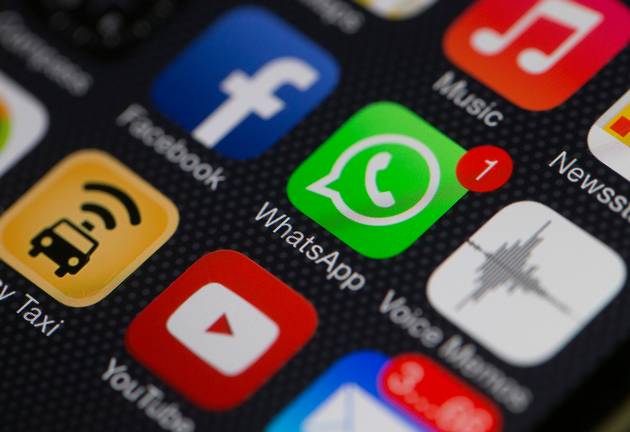 A father asked to be removed from a family WhatsApp when he grew tired of Covid-19 conspiracy theories.
Image: Brent Lewin

One Twitter user’s father had a whole family WhatsApp group shaking recently when he launched into a rant against “anti-vaccine propaganda” being spread on the platform.

User iDeserveABells shared a series of tweets on Thursday explaining how his family group had been hit with several messages, videos and articles warning against the Covid-19 vaccine.

His father, gatvol of all the messages, decided to leave the group - but not before he let everyone know exactly what he thought of their theories.

The user shared a screenshot of the message, and drew thousands of reactions.

They’ve been sharing anti-vaccine propaganda in the family group and my dad has had enough 😭😭😭😂😂😂 pic.twitter.com/PswDrmZhyr

He also shared the “aftermath” of his father’s message, with relatives allegedly claiming he should be added back so he can “apologise and we can delete him respectively and temporarily [sic]”.

The comments section was filled with people sharing their own struggles with conspiracy theories in group chats. While others were just here for the shade in malume’s “sermon”.

I blocked my dad cos he's the one who was busy feeding me all the lies and conspiracies about Covid. He would forward videos and pictures agh🚮 pic.twitter.com/rUtQocaUCp

🤣🤣🤣🤣🤣🤣 he should've been the admin pic.twitter.com/whWbc9hvod

I wish to copy your dad's text and send it to my work whatsapp group 🤦🏾‍♂️ but it's only one person bombarding us with these stupid theories I feel your dad.

I literally felt your dad's outburst in spirit lol 🤣😂 ey it's the "dunderheads" and "low intelligence quality". He was tired. He had had enough.

Am with your dad, infact I think he is my dad too because we think exactly the same. Am also tired of those unnecessary info about covid vaccine 😭😭

For clarity, this is not the case in my direct family group. It's in other groups where I have encountered it.

I am copying and pasting this in our family whatsapp group, iyuuu

SA's recovery rate has surpassed one million, but concerns about the 5G conspiracy theory persist.
News
1 year ago

Most South Africans fear vaccine so much, they’d rather go back to level 5

Survey finds they also lack faith in a government rollout, fear the drugs are too new and are anxious about side-effects
News
1 year ago