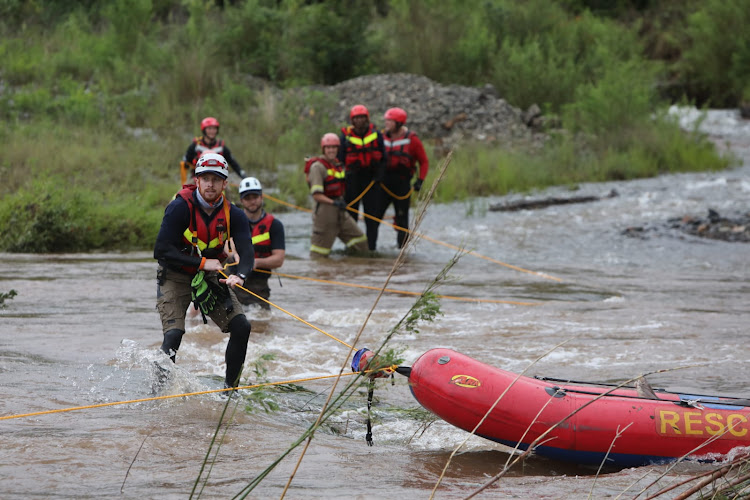 Search and rescue teams retrieve the body of a man, on January 26 2021, on the Blyde River near Pilgrims Rest, Mpumalanga, after a two day search.
Image: Alaister Russell/The Sunday Times

Police divers along with rescue operators from Rescue SA and the Off Road Rescue Unit have recovered the body of a man swept away in flood waters in Mpumalanga.

For the past two days residents of the province, along with Limpopo, have endured torrential downpours during tropical storm Eloise, which have damaged houses, seen large sections of the N4 near Nelspruit washed away and caused landslides. 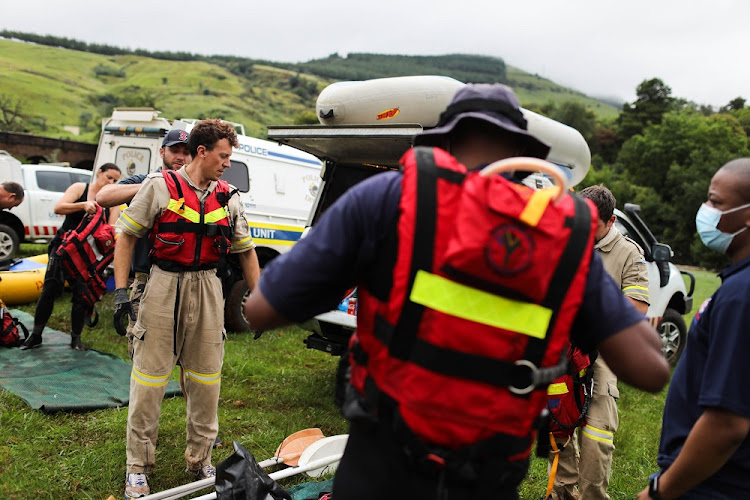 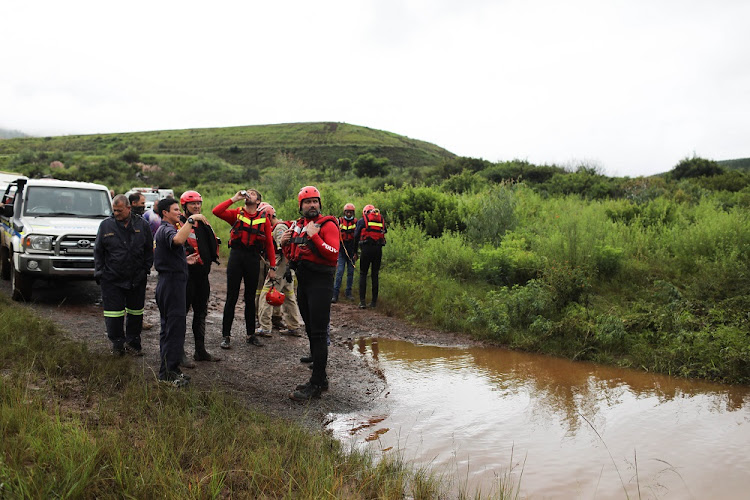 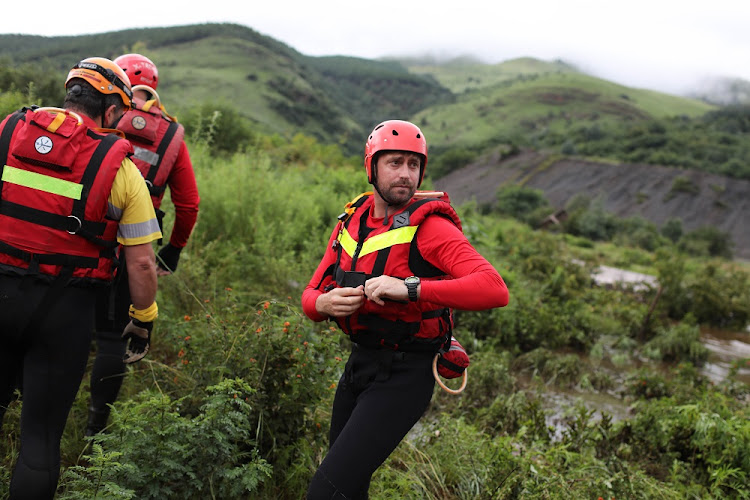 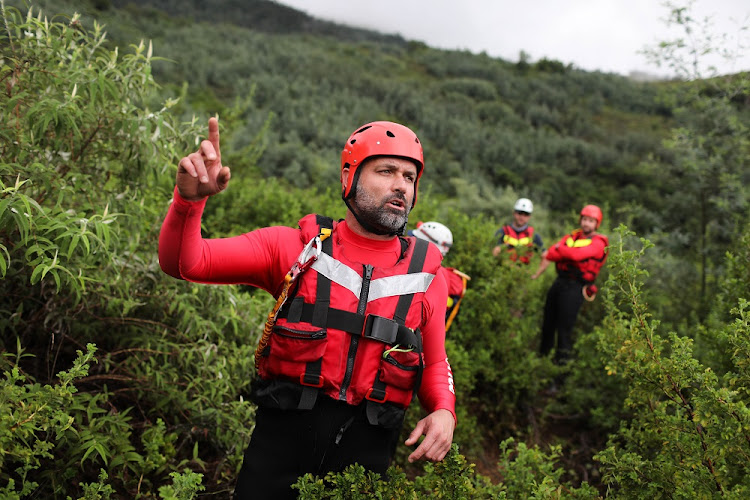 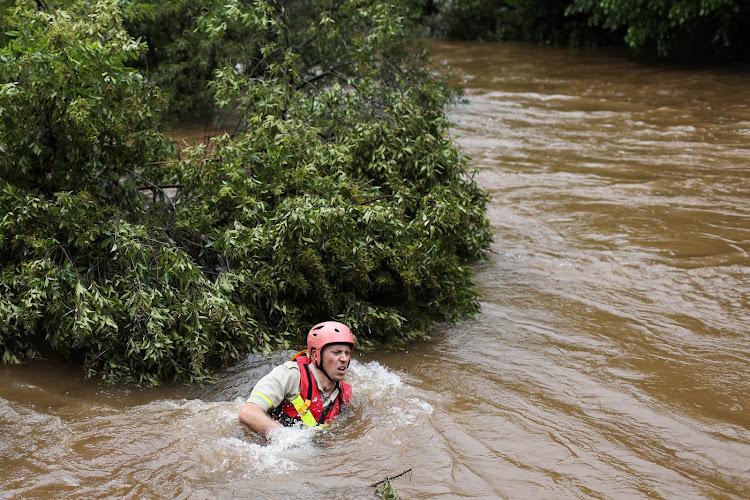 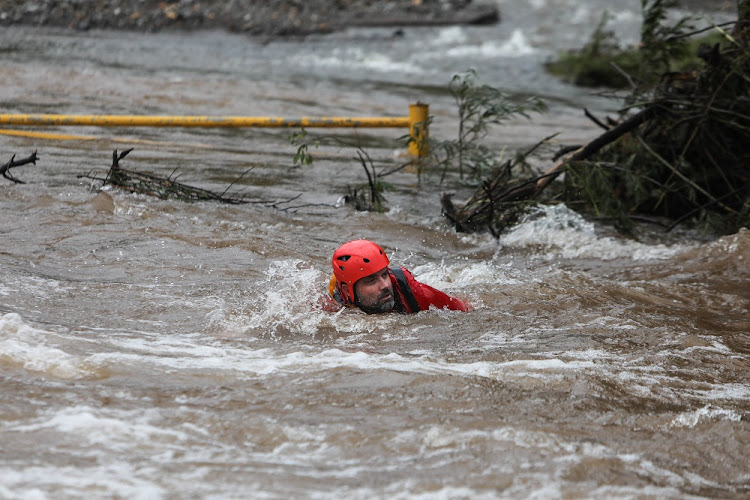 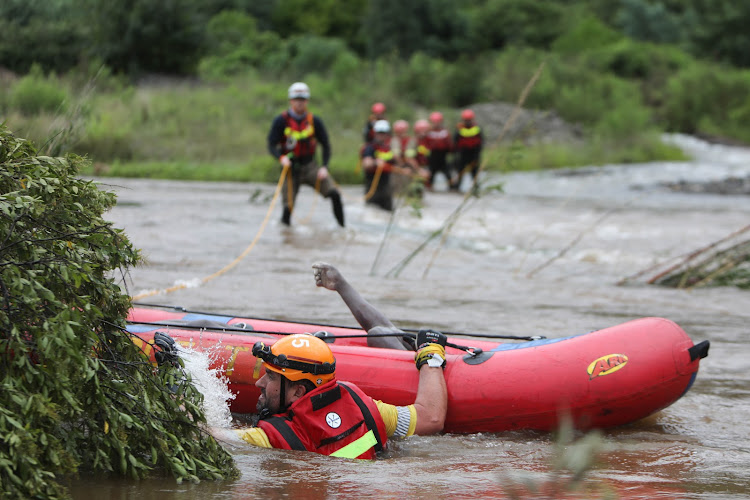 The recovery was made early on Tuesday morning.

The man was trying to cross a tributary of the Blyde River near Pilgrims Rest when he was washed away on Sunday by fast flowing waters.

Connor Hartnady of Rescue SA said they found the man near a channel shortly after the search resumed on Tuesday.

On Sunday, rescuers recovered the body of a five-year-old child who was washed away near Masoyi. He had apparently been trying to cross a river when he was caught in rising flood waters.

At least 12 people have died across Mozambique since Cyclone Eloise hit the country's key port city of Beira on Saturday.
News
2 months ago

'We could have died,' says Limpopo man after storm Eloise ravages village

The community of Luvhalani in the Vhembe district of Limpopo is picking up the pieces after tropical storm Eloise hit from Sunday morning.
News
2 months ago

‘I never thought I would be afraid of water, but this was horrible’

SAWS has issued an uncommon warning in the wake of Eloise, which is lashing the Kruger National Park
News
2 months ago
Next Article