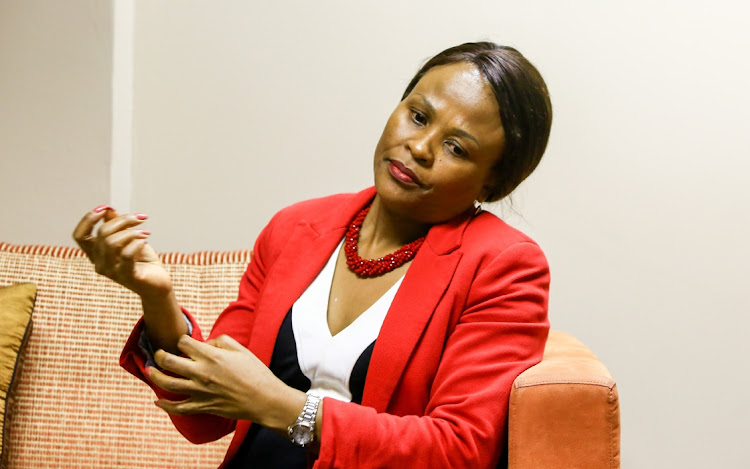 Public protector Busisiwe Mkhwebane will have to wait until June to hear whether she will stand trial for perjury.

She made a brief appearance in the Pretoria magistrate’s court on Thursday, where the court heard that the national director of public prosecutions was still deliberating on the representations made by her legal team to have the charges against her quashed.

The case was postponed to June 25.

Mkhwebane faces three charges which her lawyer, Dali Mpofu, during her last appearance described as “frivolous and contrived”.

Public protector Busisiwe Mkhwebane, who stands accused of perjury, on Thursday indicated through her lawyer that she wants to have the three charges ...
News
1 year ago

The National Prosecuting Authority (NPA) said then it believed it had a strong case against her and it had no qualms with her approaching the DPP for its opinion on whether she had a case to answer to.

NPA spokesperson Sipho Ngwema at the time gave a breakdown of the three charges that the embattled public protector is facing. All three relate to her allegedly lying under oath in November 2017 and in April 2018 about the meetings she had with then-president Jacob Zuma.

“The first allegation is in regards to a meeting she had with former president Jacob Zuma, where she said only she had one meeting and the truth is opposite to that,” Ngwema said.

“The second one is what she discussed with Zuma in that second meeting. She said she discussed his response to the preliminary findings, whereas the truth also points differently to that.

“The third one is that they only discussed the preliminary report, whereas in terms of our investigation, they did not only discuss that.

“She said all those things under oath, and in terms of the law that is an offence — and that is why she has been brought to court to answer to those allegations.”

Mkhwebane 'ready for the marathon' after historic parliamentary vote

Mkhwebane had been investigating several matters before the vote.
Opinion & Analysis
1 year ago

The National Assembly voted on Tuesday for the establishment of a special committee to inquire into Mkhwebane's competence, with 275 MPs voting in ...
Politics
1 year ago

Public protector Busisiwe Mkhwebane has opened a case of crimen injuria and contempt against transport minister Fikile Mbalula, who tweeted that ...
Politics
1 year ago