WATCH | Bheki Cele in court for appearance of Nafiz Modack

Modack, wearing a blue suit jacket and green scarf, peered behind him from the dock,  looking at police officers holding rifles and the gallery.

Some of the charges related to an attempted hit on Cape Town lawyer William Booth outside his home by two men. 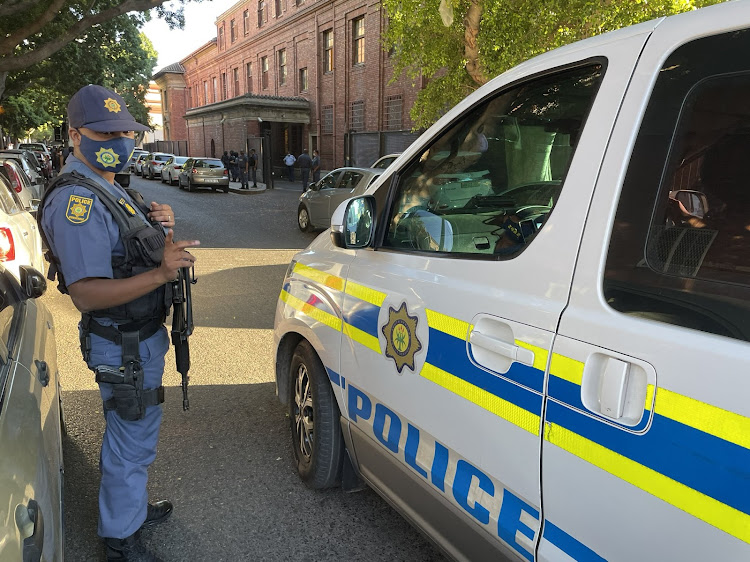 Modack also faced a charge of attempted murder, resisting arrest and reckless driving before his arrest on Thursday after a high-speed car chase with police in Cape Town.

Lawyers acting for the accused complained to the court that the presence of police with guns was intimidating their clients and should not be allowed. However, the magistrate said the SAPS regarded their presence as a “necessity”.

The anti-gang unit had taken up positions in the streets around the court before Modack’s appearance.

WATCH | Minister Bheki Cele is here in CT magistrates court with Jeremy Veary awaiting the appearance of an alleged underworld figure who is allegedly tied to the attempted assassination of CT attorney William Booth and the murder of Lt. Col Charl Kinnear in 2020. @TimesLIVE pic.twitter.com/FEZbEtTT8W

The state requested a postponement to Friday to consolidate charges against some of the accused.

Cele, speaking outside court afterwards, said he was there to say “kudos” to the investigating officers and Western Cape police for the arrest of “bigger fish” in alleged underworld circles.

Cele also hinted that more charges, specifically those related to the murder of top cop Charl Kinnear, would be added this week.

Lt-Col Kinnear, an anti-gang unit section commander, was killed in a suspected hit outside his home in Bishop Lavis on September 18 2020.