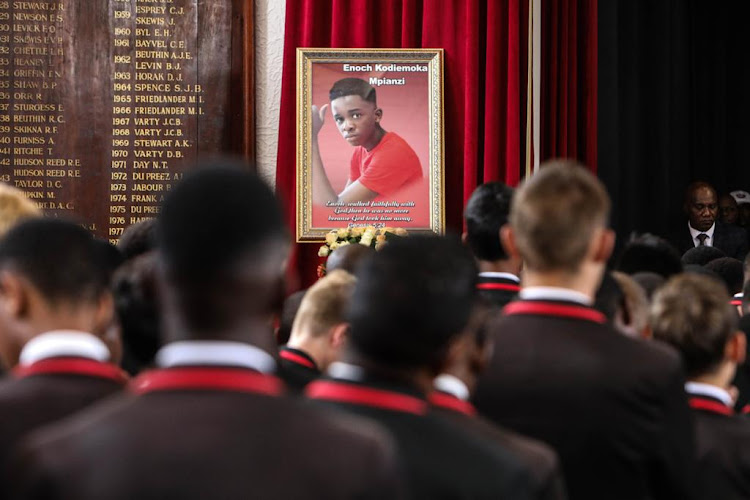 The Gauteng education department has reached an out-of-court settlement with the Mpianzi family with regards to the death of grade 8 pupil Enock Mpianzi in January 2019.

“While conscious to the fact that a young life was lost and will never return, we are hopeful that the out-of-court settlement will bring some comfort and closure to the Mpianzi family, who undoubtedly have been going through a challenging time since the unfortunate passing of Enock,” Gauteng education MEC Panyaza Lesufi said on Friday.

Thirteen-year-old Mpianzi died at the Nyati Bush and Riverbreak lodge near Brits during a school orientation camp.

After his death, Lesufi suspended the school's principal, Malcolm Williams.

Last year Mpianzi's family lodged a civil claim of R20m against the school, the Gauteng department of education, Nyathi Bush and River Break, the school governing body and the sacked principal.

The boy's parents said they suffered impaired mental health for which they require medical treatment as a result of their son’s death, which they said was due to negligence.

The parents Parktown Boys' pupil Enock Mpianzi say they have suffered impaired mental health for which they require medical treatment as a result of  ...
News
1 year ago

'Too little, too late': Enock Mpianzi's family as Parktown High principal is fired

Team of prosecutors to probe culpability in Enock Mpianzi’s death

The National Prosecuting Authority (NPA) has received an inquest docket regarding the death of Parktown Boys pupil Enock Mpianzi..
News
2 years ago