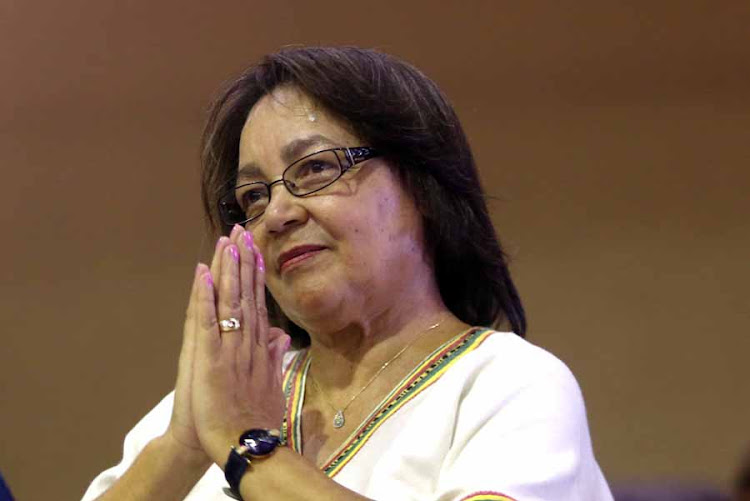 Public Works and Infrastructure minister Patricia de Lille visited Grabouw on Sunday in an attempt to resolve a community land-grab on state-owned forests.

De Lille's visit comes after her department, along with the Environment, Forestry and Fisheries department, were granted an interdict in the Cape High Court on April 21 preventing community members from entering the lands to occupy them, intimidating or assaulting officials or encouraging other people to invade the land.

While the public works department is the custodian of the properties, they are allocated to the Department of Environment, Forestry and Fisheries (DEFF) for plantation purposes.

“The land parcels affected by the land invasions are part of the plantation areas that DEFF is planning to recommission for commercial forestry purposes,” De Lille's office said.

“The recommissioning will result in the empowerment of local communities through partnerships with investors.”

The court interdict was served on the occupiers on April 25. They have until May 19 2021 to offer reasons as to why the interim order should not be made final.

The court has made it clear that this interim order should not be construed as an eviction order and does not entitle the applicants to demolish occupied structures as at the date of the order, being 21 April 2021 and that the above order shall operate as an interim order with immediate effect.

However, while the court order allows the sheriff to demolish any incomplete or unoccupied structures, it is not an eviction notice, the court said.

While government understood the needs of our communities for housing, illegal actions cannot be condoned, said De Lille.

“The state has a legal obligation to protect its land from illegal land invasions or any illegal activity,” she said.

De Lille would meet the community to listen to their grievances and find a way forward “for a long-lasting solution".

Meanwhile, DPWI and DEFF will be discussing future security arrangements for the properties.

The Western Cape has grappled with an estimated 1,078 land invasions since July last year, costing, according to reports, with the human settlements department spending some  R350m on stopping illegal land grabs.

The Western Cape is spending millions trying to curb the scourge of “orchestrated land invasions”.
News
1 year ago

A massive land invasion has turned into a public safety crisis in Cape Town where hundreds of shacks have been built on an unstable dam wall.
News
1 year ago

The public housing backlog in the Western Cape stands at almost 600,000.
News
1 year ago