'She didn't deserve to die that way': heartbroken mom on daughter's death 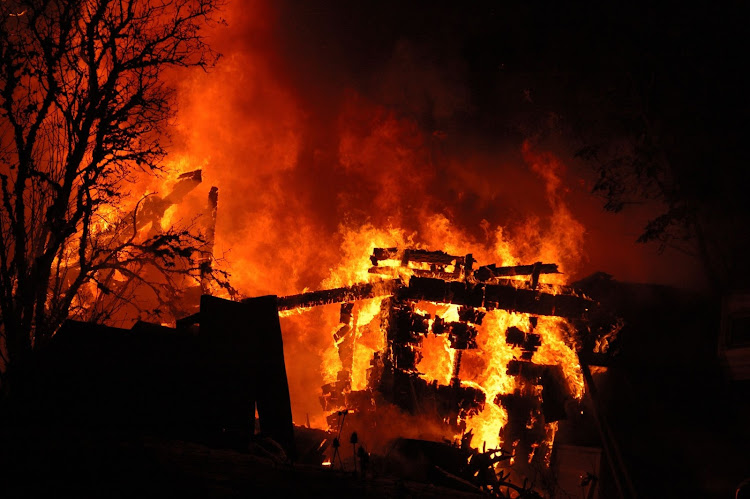 A heartbroken mother speaks of her pain over the death of her daughter in a fire. Stock photo.
Image: 123RF/Tracy Fox

A grief-stricken mother blames herself for allowing her daughter to leave home just days before she died in a fire that engulfed her boyfriend's shack in Mpumalanga.

Mpumalanga police spokesperson Brig Leonard Hlathi said a 32-year-old man was in the shack with his girlfriend when family members noticed it had caught on fire.

“While they [family members] were still pondering what happened, news broke that [the man] escaped the fire with some burn wounds, leaving his girlfriend behind.

“Emergency services and police were summoned to the scene, where the girlfriend was certified dead,” Hlathi said.

Police arrested the man in connection with her death after suspecting that he could have started the fire. He was placed under police guard while recovering in hospital, but has since been discharged and will appear in court on Thursday.

Now 22-year-old Nompumelelo Memela's heartbroken mother has shared her family's pain at the loss of the bubbly, humble and cheerful young woman.

Mpumalanga man accused of torching shack with girlfriend inside

A Mpumalanga man accused of setting his shack on fire with his girlfriend inside will appear in the Standerton magistrate's court in absentia, police ...
News
1 year ago

Speaking exclusively to TimesLIVE, a grieving Priscilla Nkosi detailed Nompumelelo's relationship with the man, who she had been dating for more than three years, and her tragic demise.

“We believed they were two people in love. They would [often] break up and reconcile and whenever they would fight, I would speak to him and tell him to not do that to my daughter,” she said.

Nkosi revealed that her daughter had wanted to leave the relationship since last year.

In the days leading up to her death, the man came looking for Nompumelelo and despite attempts to ward him off, he tracked her down through a cousin.

I blame myself for not stopping her from leaving that day ... You have no idea. Her death is very painful. She didn't deserve to die that way.

“[Next thing I knew] Mpume woke up, washed and got all dolled up ... the way she was preparing herself, I suspect the boyfriend was waiting for her at the corner.

Two days later a friend of her daughter called but didn't reveal what had happened.

“She didn't explain what was happening, she just said, 'Mama, come let's go [to his place]'. I just took it lightly ... that they had just had another fight. When I arrived, I discovered she was no more,” she tearfully recalled.

“I blame myself for not stopping her from leaving that day ... You have no idea. Her death is very painful. She didn't deserve to die that way.”

Nkosi said that, like everyone else, she had no idea what really happened.

Now the grieving family is patiently waiting to bury their loved one after DNA tests are conducted.

A struggling Nkosi says all she and her family want is to bury their child.

Worker who 'attacked' mother and daughter dies in house fire

'When the door was eventually broken down, flames shot out and police had to retreat,' said police spokesperson Col Priscilla Naidu.
News
1 year ago

Free State police are investigating a murder case after a burnt body was found dumped near a river with part of an arm cut off.
News
1 year ago

A female security officer was hospitalised after the City of Cape Town vehicle she was hiding under was petrol bombed at the Coastal Park landfill ...
News
1 year ago