Worker who 'attacked' mother and daughter dies in house fire 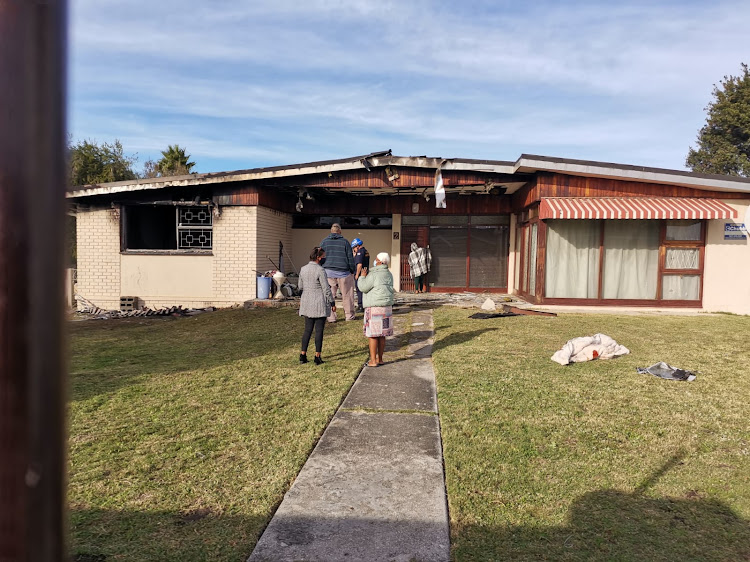 The house in Framesby where a man died in a fire on Sunday after allegedly assaulting two women.
Image: Eugene Coetzee

A complaint of assault at a house in Framesby, Gqeberha, on Sunday escalated quickly after the police arrived to find two women who had allegedly been chased by a man, who subsequently died in a fire at the house moments later.

Police spokesperson Col Priscilla Naidu said officers had responded to a complaint at a house in Kyle Street at about 1pm.

At the house, they discovered a 49-year-old woman and her daughter, 25, who were taken to hospital for treatment of their injuries.

“According to a neighbour, the woman and daughter ran to a [neighbour’s] house alleging that they had been attacked by a man who was tiling at their house,” Naidu said.

Both women had been bleeding.

“The alleged suspect was seen running after them, but then ran back into the house.”

A man was killed and another injured in an industrial explosion at a cleaning service in Cliffdale in KwaZulu-Natal on Saturday.
News
6 months ago

She said when the police entered the house looking for the suspect, they had seen smoke coming from a room.

“The first attempt to break down the door failed and a window was broken, but due to the thick smoke, they could not see inside.

“When the door was eventually broken down, flames shot out and police had to retreat.”

The fire department then arrived and extinguished the fire, but not before a portion of the house was destroyed.

A man was found dead, burnt beyond recognition inside the room, Naidu said.

His name is not being given yet as his next of kin are yet to be informed.

Police have opened an inquest docket. Additional charges of arson and attempted murder might be included as the investigation unfolded, Naidu said.

The driver of a Bentley was slapped across the face by a 'traffic officer' in uniform.
News
6 months ago

Preventing livestock theft is their primary goal, but the patrollers are also helping to foil the illegal crossing of stolen vehicles and flow of ...
News
6 months ago

A 42-year-old woman accused of pimping her daughter and two foreign nationals, who were her alleged customers, will spend at least 10 days ...
News
6 months ago