The women who led the Ingonyama Trust case to victory

It started with Sizani Ngubane and the women who put their names on the court application, but landmark ruling will benefit rural women for years to come 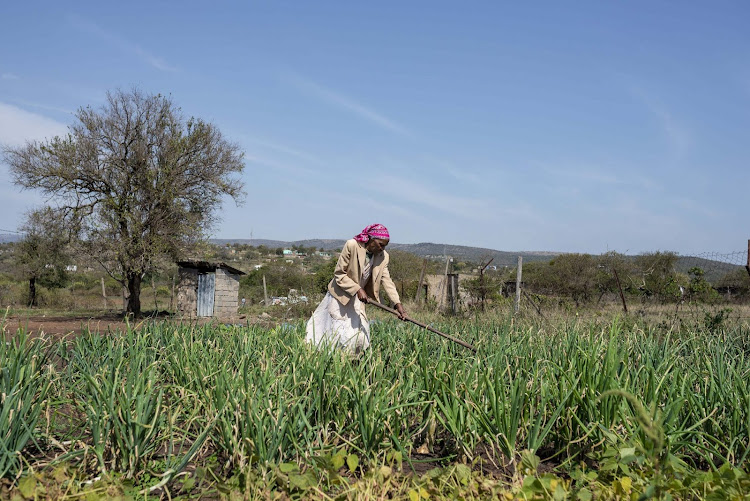 Hletshelweni Lina Nkosi is a 64-year-old pensioner who lives on a piece of land in Maphaya village in Jozini, northern KwaZulu-Natal. The descendant of labour tenants, she grew up with her late sister on a commercial farm and now lives with her grandchildren and her sister’s grandchildren in the village.

“My sister and I pooled together all we had to purchase this land from izinduna (headmen) and the local leader. We did this because we wanted to have a land where our children could grow up without facing the hardships of being labour tenants on white-owned farms.

“After we acquired the land we tried our best to build a house, myself and my sister. I used to sell meat and other items in pension payout points,” she said.

But the Ingonyama Trust Board (ITB) came to Jozini around 2012 announcing that everyone had to sign leases to protect their land from anyone who wanted to “steal” it. “They told us that those who did not sign will lose their land. But when I went to sign, I was told that I cannot be allowed to sign alone because I am a woman and I must bring along a male relative to co-sign with me,” said Nkosi.

“I was then forced to bring along my then partner and we were allowed to sign. After a while this partner wanted to kick me and my grandchildren out of the house and he was supported by some izinduna. But God intervened and the partner died of natural causes before he could kick us out.”

Agriculture, land reform and rural development minister Thoko Didiza has “taken it to heart” that she and others in the position “should have done ...
Politics
1 year ago

About two years after signing the lease, Nkosi got a letter from the ITB informing her that she owed thousands of rand according to the terms of the lease she had signed. “We asked ourselves why we were now paying for land on which we were already living, the land for which we had already paid. They said we must just pay or we will lose the land,” she said.

Nkosi decided to join the applicants. She and the other applicants did the unthinkable. They waged a legal battle with the powerful trust that owns 29.67% of the land in KwaZulu-Natal, and won.

KwaZulu-Natal deputy judge president Isaac Madondo delivered a trailblazing ruling on June 11. It was greeted with relief and jubilation, not only by the applicants and their co-applicants — the Council for the Advancement of the SA Constitution and the Rural Women’s Movement — but also the millions of people who live on ancestral land administered by the ITB.

The board has been ordered to refund all the money paid under the lease agreements, which the court declared unlawful.

Another applicant, Bongi “Nelly” Gumede, a 53-year-old woman from Jozini, built her home with the money she earns as a seasonal worker on local commercial farms. She lives in Jozini with seven grandchildren whose parents have died of HIV-related conditions.

“We have to thank Sizani Ngubane [the late land activist and founder of the Rural Women’s Movement, who died in December from Covid-19 complications]. Without her, we would not have had this victory. She is the one who took us through the complicated processes that led to this case.

“I know she is celebrating with us wherever she is. She agreed with us that we cannot be made to pay rent in the property we already owned. Now that Mam Ngubane is gone, we will continue with the struggle until the end,” Gumede said. 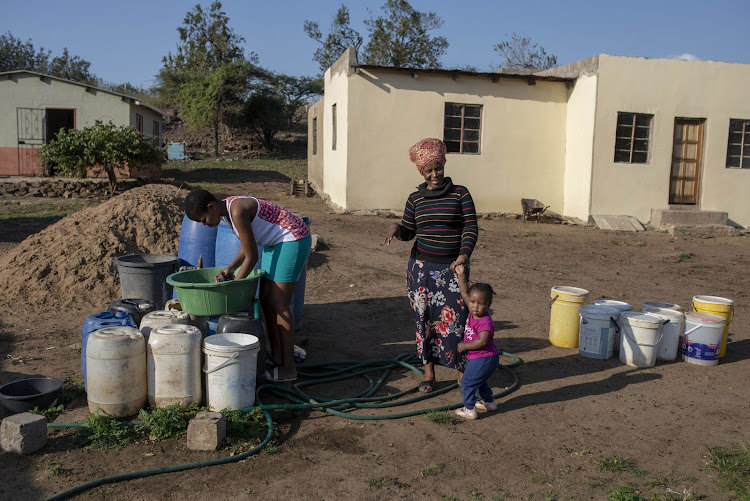 Lina Nkosi plays with her grandchild in the yard of her house in Jozini in northern KwaZulu-Natal.
Image: Ihsaan Haffejee/New Frame

It was unfortunate that the applicants had to approach the courts to have their rights secured, said lawyer and regional director of the Legal Resources Centre in KwaZulu-Natal Sharita Samuel, who led arguments in court on behalf of Nkosi and the other applicants.

This “judgment restores our clients’ informal land rights or PTO [permit-to-occupy] rights to their land and will ensure the security of tenure of people living on Ingonyama Trust land. The rightful beneficiaries of the land received no information about the consequences of signing these leases.

“The action of the trust and its board deprived women of their rights to property as the leases had to be cosigned by men, [thus] presenting a problem for unmarried women and forcing them to give away land rights to men they may have not intended [to have] long-term relationships with,” Samuel said.

She added that the trust was abusing its rights and did not need the money it took from the residents, because “in addition to allocation from the state, it had widespread leases of trust-held land across lucrative mining, commercial and agricultural operations, churches and schools”.

Judiciary to the rescue

Other land activists say this case shows, once again, how the judiciary comes to the rescue of the people as political leaders dither. They say this ruling will force government officials into action, instead of hiding behind political and traditional protocol.

“The court also made findings against the minister of agriculture, rural development and land reform. These have enormous ramifications for the tenure security of the 18m South Africans living in all former homeland areas,” said Zenande Booi, the lead researcher at the University of Cape Town’s Land and Accountability Research Centre.

“The court found that Minister Thoko Didiza had breached her duty to respect, protect, promote and fulfil the right to tenure security of the holders of IPILRA [Interim Protection of Informal Land Rights Act] rights in KwaZulu-Natal. It ordered her to report back to the court every three months to explain the practical steps that have been taken and progress made to secure and record such rights,” she said.

A major step towards full land rights for rural SA

The Ingonyama Trust Board (ITB) describes itself as an organisation that looks after about 2.8-million hectares of land for the "benefit, material ...
Opinion & Analysis
1 year ago

ITB chairperson Jerome Ngwenya angrily refused to answer questions about the board’s response going forward. He blurted: “It took judges more than six months to decide and write a judgment. Now, do you expect me to respond within a week? Is there any fairness in that?” He added that he is not obliged to give answers to journalists.

Nonetheless, the road ahead for the trust seems bumpy.

ITB workers and officials staged a series of lunchtime pickets outside its offices from Monday June 14 in preparation to go on strike over alleged unfair labour practices at the ITB and the board’s refusal to recognise trade unions such as the National Education, Health and Allied Workers’ Union.

When King Goodwill Zwelithini kaBhekuzulu died on March 12, the trust lost a fierce champion and protector.

A few years ago, King Zwelithini had threatened war or the secession of the Zulu nation if the government touched the land in the Ingonyama Trust. This was after a high-level panel led by former president Kgalema Motlanthe issued a report saying the ITB was trampling on the constitutional rights of the people living on its land, and that the trust must be dismantled and these people given title deeds and full rights.

The Zulu king repeated these threats in 2018, when a panel of land experts led by late social entrepreneur and gender activist Vuyo Mahlati released a 140-page report recommending, among other things, that the trust be dissolved and the legislation governing it repealed or reviewed.

Now the king is gone and his succession has devolved into a messy dispute, with different factions of the Zulu royal family supporting various would-be successors as candidates. It is not clear how or when, if ever, the succession issue will be resolved.

Ngwenya had used the king as cover previously, when he failed to account to parliament for the millions of rand the ITB has collected over the years.

The finances of the ITB are held secret. The board has been accused of dodging accountability and has been at loggerheads with parliament and the auditor-general about a series of unfavourable annual audit outcomes.

The ITB told the National Assembly it had collected about R90m in lease fees in the 2018-2019 financial year. But Ngwenya, as the accounting officer of the ITB, has refused in the past to account for revenue collected from leases and mining rights.

The Ingonyama Trust has been ordered by the Pietermaritzburg high court to pay back the money it took from people living on trust land who it forced ...
News
1 year ago

The former finance minister says according to research, SA is well on its way to meeting its land reform targets set by the NDP, which is being ...
Politics
1 year ago

'We were robbed of our dignity': District Six claimants still waiting to return home

A 100-year-old claimant who was taken to view her new home in District Six a week ago was told she would get the key on Thursday. When the handover ...
News
1 year ago