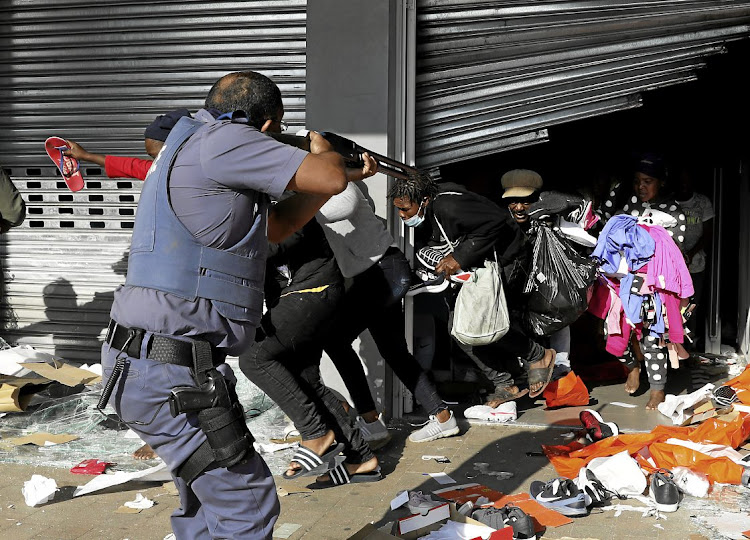 A total of 3,407 suspects had been arrested on different charges by Sunday after a week of violence, looting and destruction, with only one suspect granted bail and 1,122 expected to appear in court in KwaZulu-Natal and Gauteng.

Security forces have embarked on recovery operations in collaboration with residents who have given tip-offs to the police, said Muridili, adding that many communities were cleaning up streets and businesses affected by looting and destruction.

“A warning has also been issued to those who were not part of the looting sprees but are buying stolen property from the looters that they too will be arrested for being in possession of the stolen property.

“In Gauteng during integrated operations at hostels mostly in Thembisa, Johannesburg, Alexandra and Moroka over the weekend, 14 suspects were arrested for being in possession of suspected looted property,” said Muridili.

Looting aftermath: Hundreds queue to shop at one mall not ransacked in Alex

Scores of people from all over Alexandra on Friday queued for hours to get inside the Alex Mall, which was the last one standing after recent looting ...
News
6 months ago

In KZN, 92 suspects were arrested over the weekend for being in possession of stolen property.

Gauteng police arrested two suspects, one on Thursday in Roodepoort and the second on Friday in Westonaria, on allegations of creating and circulating inflammatory messages with the potential to incite violence.

They were expected to appear in court in Randfontein and Westonaria on Monday.

A third suspect, a 21-year old woman, was arrested in Duduza in Ekurhuleni on Saturday on similar allegations. She is expected to appear before the Nigel magistrate's court on Tuesday.

The public is urged to anonymously report criminality to the police by calling the crime stop number 08600-10111 or via the My SAPS app.

Riots and looting: These types of messages can land you with a fine or up to 15 years in jail

Residents in Phoenix, north of Durban, took up arms to protect their families and community violence and looting gripped areas in KwaZulu-Natal and ...
News
6 months ago

When Mike Nkuna was 22 he was in awe of Johannesburg’s Carlton Centre. At the time all he knew was life in Tshiawelo, Soweto.
News
6 months ago