Western Cape government housing project slammed for being 'out of touch' 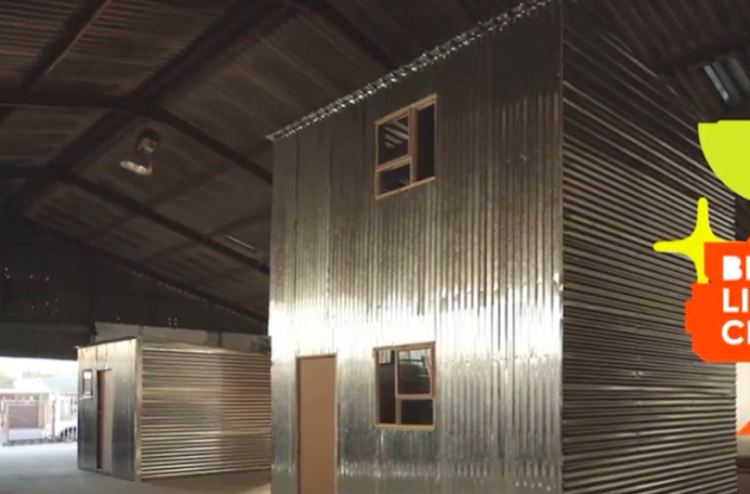 The Western Cape government has been slammed for its latest housing project.

This week, the province's department of human settlements and the department of economic affairs and tourism announced an initiative, the Better Living Challenge (BLC) project, which aims to assist residents with self-build skills and knowledge.

The provincial departments said the knowledge can be used to build “better structures in an informal settlement”.

The project also developed a 13-part video series to help residents of informal settlements “gain a better understanding of topics such as layout, foundations and building double-storey structures”.

The province said the project falls under the Western Cape's 110% Green initiative and its strategic focus on “green economy working for the poor”.

It said the project was a solution to the province's growing housing backlog due to the significant population growth that has resulted in a shift in national government policy from the provision of RDP houses.

“The Western Cape government is implementing this policy, and where houses are being built via the subsidy scheme, there is a shift from free-standing units to complexes,” said the province.

It said the majority of the people on the housing list will have to wait a very long time for a top structure and there is no provision in the subsidy structure for governments to provide informal housing, except for emergency housing in the event of shack fires or for people to receive finance that would enable improvements to informal houses.

“Simply accepting a future for the Western Cape with large portions of its population living in dismal conditions, particularly in winter, is not an option,” said the province.

“Solutions need to be found to enable people to incrementally improve their homes and to have access to affordable housing as income levels improve. New alternative and green technologies, together with the design expertise that exists in the province, offers opportunities to make a real difference.”

On social media, many expressed their opinions on the project, with some calling for the province to provide better housing and not ideas on how to build “better shacks".

Here is a snapshot of what some had to say:

Jokes write themselves in the Western Cape. After they are done constructing these settlements, the City of Cape Town will come with law enforcement to demolish the structures. 👀👀👀💅🏾💅🏾💅🏾🥃🥃🥃 https://t.co/BtrAhxZbIE

@The_DHS @WesternCapeGov there’s better modular building systems to consider, such as container structures that can be transformed into better more modern forms of houses, corrugated sheeting doesn’t offer much protection from weather, is not insulated and is subject to fires etc https://t.co/hrFgaS6dSl

HOW WAS THIS SIGNED OFF?

ok so youtube tutorials to build an informal home? and then yall come demolish it?

how much did this video series cost?
I get you have always been anti-poor but thanks for the repeat episode. https://t.co/Pcy7tZCFce

Getting people to build double storey shacks so the city can demolish them during winter https://t.co/KUkXBVTkHL

Yet another example of why it's important to hire diverse staff and create safe psychological spaces in the workplace. Why on earth was this campaign approved?

Have you been living in a temporary house that you put together by yourself with mostly scrap metal and wood that you had to find or buy for your entire life? We won't help you live in a formal home, but here are 13 TEDTalks to help you build better next time. https://t.co/bQ2fplR7Pn

Western Cape government is always out of touch with its own reality. Like what is this??? https://t.co/DSZx2J1mcn

I don't think this is good and great for what is called , human Settlement and a government to say this is better no this is against constitution mandate , I will sober advise think again. Don't play with the poor. Build better things don't cement more on issue of shacks.

You're basically exchanging something for the same thing the person already has. Heck no! The people deserve houses built with material like, bricks, cement even wood etc! For crying in a bucket🙈

So you expect that someone living in an informal settlement who needs this
a) on Twitter following you and
b) has data to watch your 13 part video series?

Who is the out of touch person who thought THIS is how you talk to amongst the poorest people in the province?

According to the party, three houses were handed over to three grannies in Seshego ward 13 in Polokwane, Limpopo.
Politics
1 year ago

The move drew applause from many, but some questioned whether giving away such "luxury" houses en masse would be practical.
Politics
1 year ago

The SAHRC will launch an investigation into the violence that swept across two provinces in July.
News
1 year ago