Court says Eskom award of contract unlawful, but not set aside 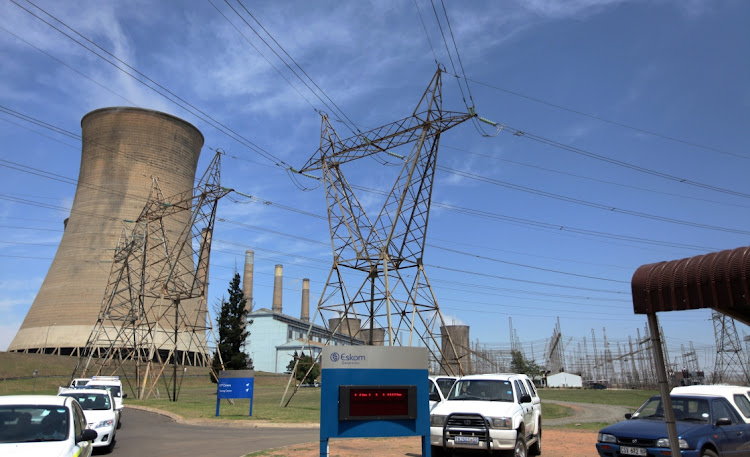 The high court in Johannesburg has declared that Eskom's award of a tender to perform control and instrumentation maintenance at Camden Power Station in Mpumalanga to Senta Square was unlawful.
Image: Simon Mathebula

The high court in Johannesburg on Monday declared that Eskom's award of a tender to Senta Square to perform control and instrumentation maintenance at Camden Power Station in Mpumalanga between March 1 2019 and February 28 2022 was unlawful.

However, the court did not set the contract aside. Instead, it suspended the order it made pending the determination of a just and equitable remedy.

This means that, pending the determination of that remedy in September, Senta Square and Eskom must continue to perform on the terms of their agreement to carry out the work.

One of the losing bidders for the contract, Siemens, challenged its disqualification from the tender process. Siemens had been carrying out the work on Eskom’s behalf for at least 12 years, having itself successfully tendered for the work on four previous occasions. Siemens had attained a high score at the technical evaluation stage but was disqualified, apparently because it failed to demonstrate that it had met the “prequalification criteria” specified in the invitation to tender.

Tenderers were required to meet one of the three prequalification criteria regarding the minimum BBBEE status level in order for their bids to be considered.

They would either be an “exempt micro enterprise” [or EME], or to be a qualifying small enterprise [QSE] or to undertake to subcontract at least 30% of the work to EMEs or QSEs in various categories.

“There is no dispute on the papers that Siemens met at least one of the three prequalification criteria — the requirement to commit to subcontract 30% of the work to qualifying QSEs and EMEs,” acting judge Stuart Wilson said in his judgment. He said this was recorded in Eskom’s supplier development and localisation evaluation report, which was compiled as part of the tender evaluation process.

“Nonetheless, the report concludes, Siemens' 'B-BBE status and level' does not 'allow them to tender for this work'," the judge said.

The judge said it followed that Eskom accepted that Siemens had met at least one of the three prequalification criteria.

“Eskom nonetheless concluded that this was insufficient to meet the criteria as they were set out in the invitation to tender. But that was erroneous.”

Wilson said this was at odds with the conditions set in the invitation to tender itself.

“There was accordingly no basis on which the criteria could rationally justify Siemens’ disqualification from the tender process.”

He said that tainted the tender process as a whole, and rendered Senta Square’s appointment unlawful and invalid.

“Given the present fragility of SA’s power distribution system, I am loath to simply set aside the tender process without some sense of what effect, if any, that would have on Camden Power Station and its productive capacity.”

Wilson said he was alive to the fact that the contract awarded to Senta Square had only just over six months left to run.

“I need to know how, on the facts, that might affect any order I make to require the tender process to be rerun.”

The judge said Senta Square has not, to date, participated in the proceedings.

“However, now that the tender process has been found to have been unlawful, Senta may well have a renewed interest in participating in these proceedings. It should clearly be given an opportunity to be heard at the remedy stage,” he said.

In his order, Wilson directed the parties to furnish factual information on affidavit on the just and equitable remedy to be granted in light of the judgment, by no later than September 3.

Load-shedding, Malema and Zuma are SA’s top searches on Google over the past 15 years

South Africans use the internet to find the answers to pressing topics in sports, politics and current affairs, keep up with their favourite ...
News
9 months ago

The last of six generation units at the Medupi power station in Lephalale, Limpopo, attained commercial operation status at the weekend, Eskom said.
News
9 months ago