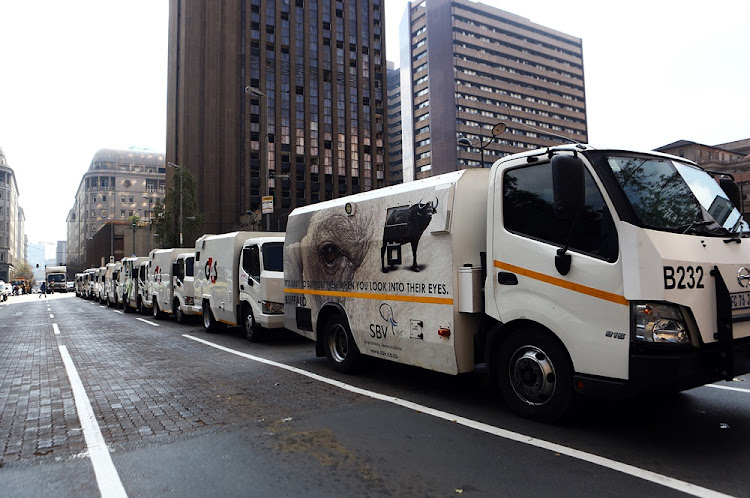 According to the latest quarterly crime statistics, cash-in-transit heists and house robberies are on the increase. File photo.
Image: Masi Losi

The police are making strides against cash-in-transit (CIT) heists and are on a mission to take down those highly organised criminals.

That was the message from police minister Bheki Cele when he delivered the quarterly crime statistics on Friday.

He said 46 CIT heists were committed between April and June.

Though this shows an increase of about 27 heists compared to the previous reporting period, Cele said the police were tackling the scourge.

“Using intelligence and a combination of shared resources, police continue to intercept and are taking down these highly organised gangs,” he said.

He said in June police conducted a takedown operation in Midrand and intercepted 27 heavily armed gang members planning a CIT robbery. After an exchange of gunfire, 23 suspects were arrested and four fatally wounded.

“Four of the 15 vehicles found on the scene were confirmed stolen, and high-calibre firearms were found at the scene.”

In a separate incident in Brakpan three weeks ago, Cele said the police pounced on a gang plotting a heist that ended in the fatal shooting of a police constable.

“I attended the funeral service for Gauteng highway patrol unit member constable Molwantwa Molefi, who was fatally wounded during the exchange of fire. Two suspects were also fatally wounded in the same incident,” he said.

“The thugs involved in CITs will stop at nothing to get what they want, including killing police officers and putting the lives of innocent people at risk.”

A 34-year-old suspect has been arrested nearly two years after allegedly taking part in a deadly cash-in-transit heist.
News
9 months ago

He said the national police commissioner had sanctioned an urgent internal investigation into allegations about the theft of firearms by police members at the Norwood police station, allegedly used by a CIT gang. This was in line with a departmental cleanup campaign.

Cele said 32 police officers were killed in the first quarter of the 2021/2022 financial year.

“Nine of these members died while on duty and we salute them.”

He also revealed that “trio crimes” — house robbery, business robbery and vehicle hijacking — had increased, compared to a distorted (by lockdown) reporting period in 2020/2021.

Aggravated robberies, such as carjackings, increased by 92.2% compared to the previous period.

There were 1,340 more residential robberies from April to June compared to the corresponding period in the previous financial year.

Crime stats: More than 10,000 people raped between April and June

Law enforcement officials need to do more to ensure the safety of everyone in the country, police minister Bheki Cele said on Friday while revealing ...
News
8 months ago

The high court has thrown the book at a man who took part in a foiled cash heist at a Cape Town supermarket in 2017.
News
9 months ago

One suspect was killed and a second injured during a gunfight when a gang targeted a cash-in-transit vehicle early on Thursday in Centurion.
News
10 months ago