Not fare: Airlink berated for misleading ad for 25% discount 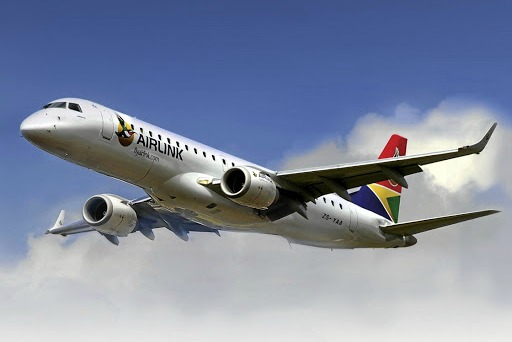 SA's advertising watchdog has found regional airline Airlink guilty of misleading advertising after a consumer complaint over a special offer launched by the carrier in July.

The airline offered a 25% discount “on all flights” on July 27 and 28 in its "#ChristmasinJuly” promotion.

After trying to book the special fare online on July 27, however, Lisa Teepe discovered that the fares were the same and in some cases more expensive than those offered on July 26.

When Teepe called Airlink to complain, the airline said the 25% discount had already been applied to the fares displayed on its website, and that the cheaper flights had sold out.

The discount also only applied to the base fare and excluded taxes levied by all airlines on top of the base fares.

Teepe subsequently complained to the Advertising Regulatory Board (ARB) and “argued that this is misleading, because there was no indication that only limited tickets would be made available at the advertised 25% discount”, the board said this week.

According to the advert, the carrier offered 25% off all flights on all classes of fares. “A hypothetical reasonable person is likely to interpret this to mean that all flights booked on the day would be discounted by 25%," the board said.

“Logically speaking, this means that a ticket that normally costs R5,000 would now cost R3,750.”

On the issue of taxes that airlines must add to the base fares, the board noted that information on taxes levied on domestic airfares was “exceptionally hard to find”.

The taxes include charges for passenger service and security, a SA Civil Aviation Authority charge, airport levies where relevant and VAT.

“Considering that VAT alone is currently set at 15%, it would appear that taxes constitute a significant proportion of any domestic airline ticket price,” the board added.

While the advert did carry an asterisked reference that terms and conditions applied, the notice was in “minute font and may well be illegible when browsing on mobile devices”, it said.

Airlink said it did not submit to the ARB's jurisdiction as it was not a member of the body. The airline pointed out, however, that it had responded to Teepe directly.

While the board agreed it had no jurisdiction over non-members, it was still expected to rule on advertising complaints on behalf of its members.

Airlink CEO Rodger Foster said he was not aware the ARB had conducted an inquiry. “That catches me by surprise,” he said.

Foster said the ad made it clear the 25% discount was off the base fare and not off the taxes. “So, I’m mystified that they find this to be false advertising.”

There had been “overwhelming support” for the special offer when the numbers of customers who had booked it was compared to the number who would ordinarily have booked.

On the criticism that there were only a limited number of seats, Foster said seats cannot be discounted all the time.

Editor's note: This article has been amended to add Foster's comment

I am fully vaccinated, where can I travel to?

Fully vaxxed and ready to put a fresh stamp on your passport? Here's where you can visit.
News
2 months ago

Forget air miles, you may rack up footsteps on a heavily discounted flight

Comair, which operates kulula.com and British Airways in SA, announced on Wednesday that it will be back in the skies from September 1.
News
3 months ago