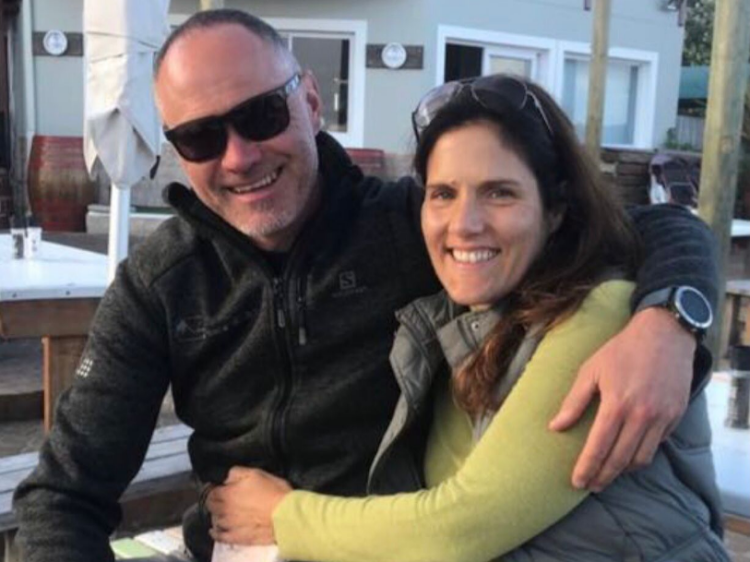 While the Otto family continues to mourn the death of cyclist Alex Otto, they are drawing tightly around his grief-stricken widow Janet.
Image: Supplied

When the taxi driver charged with ploughing into two cyclists and dragging Alex Otto to his death appears in court on Monday morning, the Otto family will not be present.

They have taken a conscious decision to stay away from the proceedings and focus on a planned celebration of his life later this week.

“We will not be present as we are still mourning as a family with family members who have arrived from other parts of the world. We are circling [his wife] Janet and the girls with love and support,” said Chani Otto, Alex’s sister.

She told TimesLIVE: “Once Alex’s life celebration is done, we will start focusing on the impact of the way Alex died. We will follow a strategic approach as the lives of pedestrians and cyclists are often endangered.”

Chani said they remain concerned about the trauma suffered by the passengers who were in the taxi when Otto was killed.

“Taxi mobility is significant in SA, with more than 6-million commuters using them every day. The passengers need to be safe. We are so concerned about the wellbeing of those who were in the taxi when Alex and Geoff were hit. Who assists with their trauma?”

She said the family were trusting justice would prevail.

Tears flowed at dawn, people hugged, quiet whispers and clenched hand-holding - then five minutes of complete silence in memory of Alex Otto, 50, the ...
News
7 months ago

“This is the most shocking tragedy and I cannot condemn it strongly enough. It is the most horrific, barbaric form of murder and we cannot, as a ...
News
7 months ago