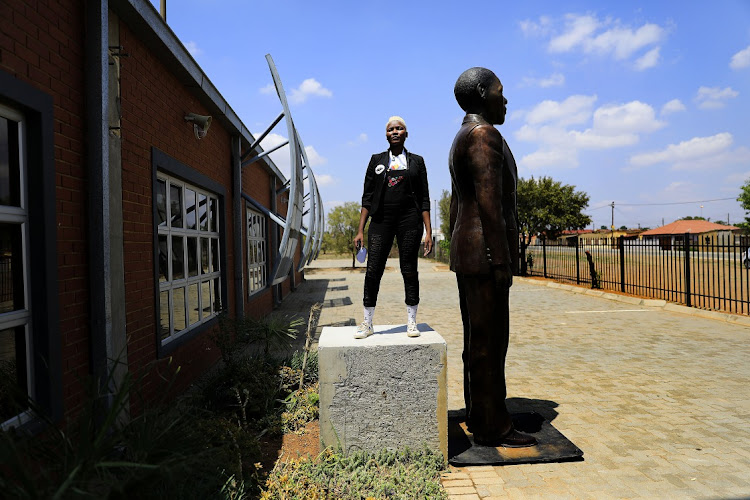 Residents from Tumahole, a township in Parys, say the erection of a statue costing R3.3m at the never-used Fezile Dabi Stadium was the last straw.

Phase one of the stadium was officially opened by former Free State premier Ace Magashule in 2013. Sports events have never taken place there since.

The provincial department of sport, arts, culture and recreation put the cost of the first phase at about R112m.

Department spokesperson Tankiso Zola said the stadium had not been used due to dispute over its ownership.

“The other reason is that phase two of the construction of the stadium still needs to be undertaken and completed before the stadium could be used,” he said.

Zola said a further R85m was needed to complete phase 2.

Former president Thabo Mbeki was sitting in his house one day when he got a missed call from a Cape Town number. Upon returning the call, he realised ...
Politics
1 month ago

Sport, arts, culture and recreation MEC Limakatso Mahasa, education MEC Tate Makgoe, the leadership of the municipality and family of anti-apartheid stalwart Fezile Dabi  unveiled the R3.3m statue in his honour at the stadium on October 15.

This, said residents in the township, was the last straw.

“These people [government] don’t take us seriously. We feel bad and we are not happy at all. How do you erect a statue when the water is undrinkable and people don’t have houses?” resident Moalusi Lesito told TimesLIVE.

“Money is being used for populist reasons. The people are suffering. The stadium is fine but why is it not up and running? We never asked for a statue.” 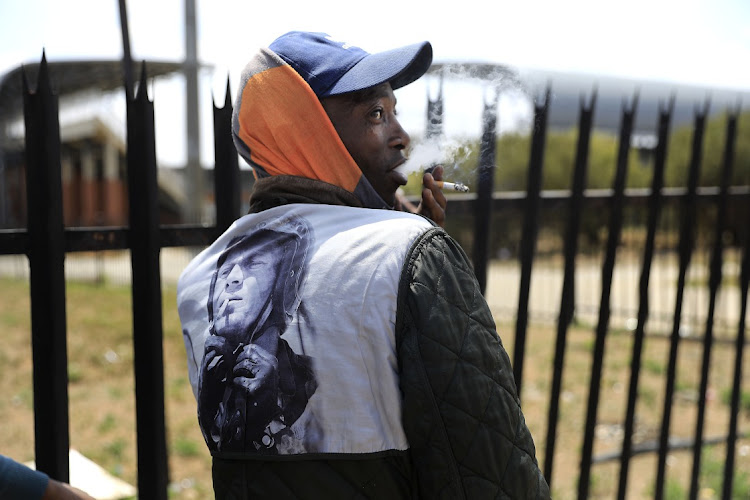 Moalusi Lesito poses for a photograph in front of The Fezile Dabi Stadium. He spoke about corruption in the area.
Image: Alon Skuy

Former municipal worker Isaack Sealanyane lives near the stadium. He was recently declared medically unfit to work. Sealanyane blamed incompetent leaders with a lack of skills for the deterioration of basic services in the township.

“It breaks my heart that things are not being maintained any more. There is a park close to the hospital and it was very nice back in the day, but now when you look at it, it looks like a lion is going to jump out of the bushes.”

Sealanyane said they did not have any running water and he has to walk about 600m to collect water from a JoJo tank.

“I walk with my crutches but now I am buying the water from the nearby shop. We pay R5 for about five litres.

“I am very angry at our government. The stadium has been here for long but we haven’t seen any matches here. The securities that are working there [at the stadium] are also doing nothing. They are getting their salaries just to relax there.” 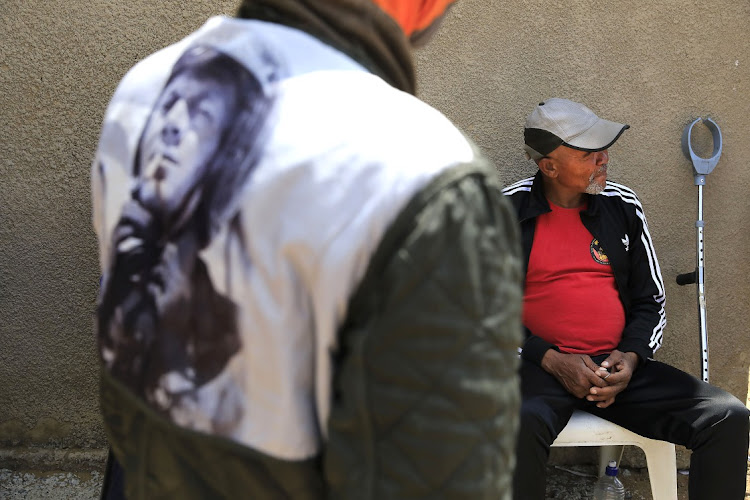 Grace Roberts said during big functions and elections residents would have water for two hours a day.

“You have to be very lucky when you have water, because sometimes you wake up and the water is finished. It’s a matter of giving each other turns to use the water.

“We basically survive on buckets. We have a JoJo tank outside our yard, but the taps were stolen. They never wash these JoJo tanks, they are just putting water on top of water. Sometimes you will even find worms in the water from the tanks and there are families who can’t afford to buy water.”

He said the municipality would implement a project aimed at improving water distribution from the purification plant to the two main reservoirs in Mandela and Schonkenville.

He said the project’s procurement process would be finalised in the week.

“They will install new valves and the expectation is that there will be water improvements, especially in those areas that are experiencing shortages.”

Former deputy president Dr Phumzile Mlambo-Ngcuka has called on those elected in the upcoming local government elections to lead with humility.
Politics
1 month ago

Welcome to Parys, town of no lights and little love for the municipality