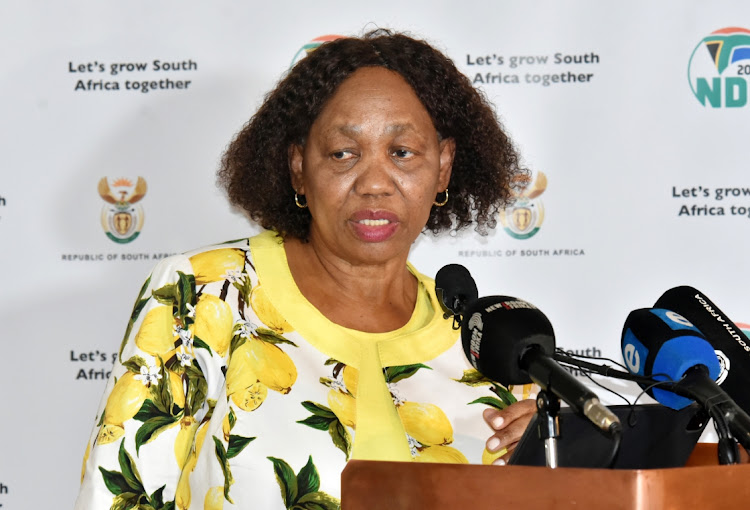 The delay in finalising a report into last year’s matric exam leaks was caused by the lengthy time it took to conclude a forensic investigation on the cellphones of pupils.

In an update to the committee, Motshekga indicated she will submit the report to them after she has “engaged and signed off” on it.

But it is unlikely that it will be made public before the end of the year.

Bongiwe Mbinqo-Gigaba, chair of the portfolio committee, confirmed to TimesLIVE that the report will not be considered by the committee this year as their programme is “very packed”.

The maths paper 2 and physical science paper 2 were leaked to some pupils via WhatsApp before they could write the two exams last year.

2020 matric exams were 'not compromised' despite papers being leaked

While the true extent of the 2020 matric examination leaks might never be known, officials investigating these irregularities are emphatic that the ...
News
1 year ago

During a briefing to parliament on matric exam readiness on Tuesday, the department’s chief director for public exams and assessments, Rufus Poliah, said that for the first time this year pupils had to record the details of their cellphone in an electronic devices register.

“We thought this was necessary simply because in our investigation last year one of the weaknesses was that there was trouble getting the devices in because this had to be a voluntary submission.”

He said a number of pupils did not submit their “primary” device but a second cellphone or a phone that had information deleted.

Outlining other security measures around the exams, Poliah said that it was now a requirement that a senior departmental official will be present whenever question papers were printed.

“We learnt from our experiences of the past.”

He said they requested that all staff, including outsiders and those appointed by the department, must be vetted.

“So, no official or outsider coming from a service provider will be at a printing venue or distribution site if they have not been vetted. We put in additional mechanisms to make sure that which caused the leakages last year will not recur.”

Poliah said that if a cellphone rings or a pupil is found in possession of a cellphone, “it’s regarded as an irregularity and results will be nullified”.

Meanwhile, ANC MP Walter Letsie told parliament that most students are caught cheating inside the exam room by invigilators.

“I would like to implore you to try to catch them before they enter the classroom. I’m not sure if our laws allow but if we may do a thorough search of these learners as they enter the exam room so that we eliminate the possibility of them wanting to cheat.”

But the CEO of Umalusi, Mafu Rakometsi, said the constitution may prevent body searches as it will be an invasion of privacy.

In February, Hugh Amoore, the chair of the national investigation task team, revealed that the investigation found that the leak of the two papers came from, first, an employee at a firm contracted to print matric exams and, second, from someone at the Government Printing Works.

He said that the investigation into the leaked maths paper 2 found that a total of 235 matric pupils were in WhatsApp chat groups where questions from the exam — or the full exam itself — were shared.

In the case of physical science paper 2, the exam or parts of the exam were sent to groups with just 62 pupils. However, there was no guarantee that the papers weren't spread beyond these pupils, he said.

In January, Themba Daniel Shikwambana, 31, appeared in the Johannesburg magistrate’s court after he was arrested by the Hawks in November last year for the alleged theft of the 2020 maths paper 2.

He was employed at a Johannesburg-based company that was contracted by the department of basic education to print the 2020 matric exam papers.​

Basic education department spokesperson Elijah Mhlanga said the report has now been approved for submission to the portfolio committee.

It would make life easier for many and software can stop cheating, but there are still a few creases to be ironed out
News
6 months ago

Government in urgent talks with Eskom as load-shedding hits matrics

Senior delegations from the basic education and public enterprises departments will hold urgent talks with Eskom CEO André de Ruyter about how ...
News
6 months ago