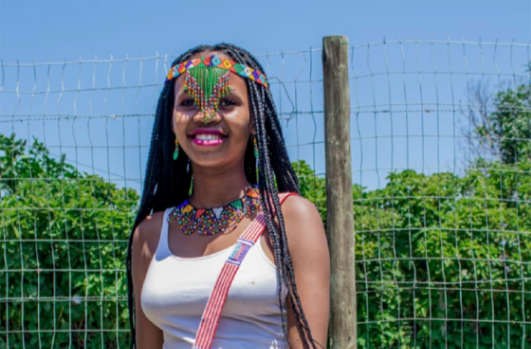 Lathitha Nako, 16, was allegedly bullied because of her spiritual calling.
Image: Supplied

Two teachers implicated in the alleged bullying of Lathitha Nako at Bhisho High School have been placed on special leave and special arrangements were made for the pupils accused of bullying her.

This was revealed during a visit by state security deputy minister Zizi Kodwa and head of the provincial education department, Naledi Mbude, to Nako’s home on Tuesday.

Kodwa said he had come to pay his respects to the family after Nako allegedly took her own life last week amid allegations that she had been bullied at school for her spiritual calling.

The 16-year-old grade 10 pupil had aspirations of becoming a medical doctor, but in her last days she wrote messages and sent voice notes detailing how much she wanted to “rest in peace”.

A fight among a group of pupils in Medingen village in Ga-Kgapane, Limpopo, has claimed the life of a grade 11 pupil.
News
8 months ago

Kodwa said department officials told him earlier on Tuesday that a seven-day multidisciplinary investigation would be held.

He said schools needed to create a conducive and safe environment for learning where tolerance was practised by all in the school community. He said bullying people on the basis of their beliefs and religions undermined the foundation and principles of the constitution.

“Instances such as this must never happen."

Kodwa said there needed to be an environment in which pupils felt safe to report bullying.

During his meeting with the education department, Kodwa said he was told of the department’s firm steps and decisions taken.

Mbude said action would be taken against those implicated once the seven-day investigation was complete.

“The investigation will determine how this happened.”

She said the department was concerned about the mental state of Bhisho High pupils who still had to complete their exams.

“We will go to the school to see if the pupils are OK. We will continue with psychosocial support, especially for Nako's granny, who has been deeply affected.”

Abusers often come from a background where they did not feel validated as children, where they were not made to feel accepted for who they were as ...
News
1 year ago

It is believed Nako possessed gifts of traditional healing, including conducting readings, and experienced moments when ancestral spirits would "take over her body".

On Tuesday, things were quiet at the school, with a few police vehicles parked outside but no pupils or protesters in sight. There were no disruptions to the matric isiXhosa exam.

On Monday, hundreds of people, including traditional healers, pupils and parents, gathered outside the school calling for justice for Nako. They included representatives of political parties.

SA Democratic Teachers' Union secretary Chris Mdingi said they had advised the department to organise an alternative venue for pupils to write their final exams in case of interruptions.

Nako will be buried on Sunday.

How restorative justice can bring health to SA's fractured communities

Author Sihle-isipho Nontshokweni has dreams of creating a series of books to help black girls through every development stage of their lives.
Lifestyle
8 months ago

Matric class of 2021: Pregnancies, Covid-19 and sex scandals, but education department is optimistic

The start of the matric exams today marks the beginning of the end of a 12 year schooling career for many.
News
9 months ago