Water pollution is still a headache, with most rivers in SA being polluted daily, mostly with raw sewage that flows unhindered from manholes, canals and pumping stations, according to an AfriForum survey. 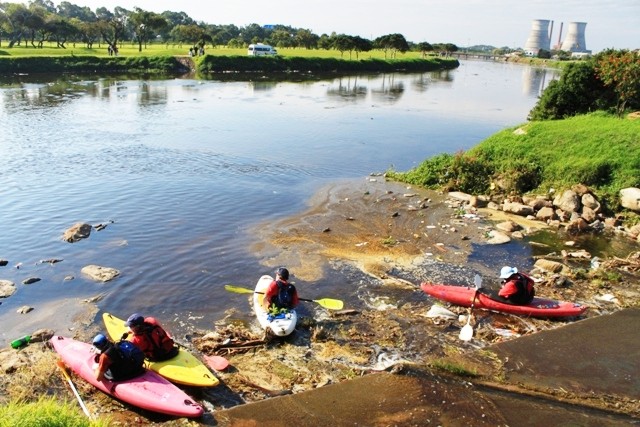 AfriForum tested the drinking water (blue drop) in 231 towns and the treated sewage (green drop) of 142 sewage treatment plants as part of its annual blue and green drop project. The results indicate that a lot of municipalities still disregard section 24 of the constitution, which demands a healthy environment for South Africans. File photo.
Image: Peninsula Paddle

Water pollution is a major headache, with most rivers in SA being polluted daily, mostly with raw sewage that flows unhindered from manholes, canals and pumping stations.

This is according to an AfriForum survey.

According to the AfriForum report, the national sewage results show a significant deterioration from 76% to 86% for 2021 — “which is quite alarming and must be corrected”.

According to the report, the drinking water of four towns — Hartswater, Jan Kempdorp, Kimberley and Wolmaransstad — and 122 sewage systems did not comply with the national standards.

After AfriForum informed the municipalities of these four towns, follow-up water tests indicated that the water is once again suitable for human consumption.

“An active intervention must therefore take place. An analysis of the results per province is even more worrying. Every province is polluting the environment more than the previous year.

“This is also a major problem because these rivers in most cases provide towns with water, as well as water for agricultural purposes.

“Any deterioration in the quality of drinking water could be life-threatening. This risk is worsened because SA is still recovering from a serious drought, with a scarcity of water for human consumption given the high losses through the water reticulation infrastructure.

New study suggests stormwater and treated sewage water is the way of the future.
News
1 week ago

“There is still a problem with managing sewage treatment plants and it is a big source of concern that so many plants are dumping sewage into our rivers,” Lambert de Klerk, AfriForum’s manager of environmental affairs, said.

“I don’t think there’s a municipality that did badly with drinking water quality in Gauteng. But sewage was a concern at the Rooiwaal wastewater treatment works,” he said.

Rooivaal, the largest water treatment plant in Tshwane, processing 45% of the entire city's wastewater, has been under fire from residents for a number of years.

“The Vaal area remains a place of concern. Most of the sewage doesn’t get to the wastewater treatment,” he said.

He added that in Kimberley they had extensive meetings with some municipalities about the problem, and for over a month the drinking water quality had not improved.

“If you go to the river that’s close to Flamingo Bay, you will see massive wastewater flow. Kuruman has a big problem. We caught the municipality coming to suck out blood from an abattoir into the system.

“The Western Cape, overall, has the best sewage management. There are still some instances where sewage is going into the system, [but] not bad in comparison to the rest of the country,” he said.

Unplanned outages and service disruption after flooding in George

Major roads in George on the Garden Route are under water after heavy downpours.
News
1 week ago

He added: “In Mpumalanga, drinking water-wise, the problem was not quality, but quantity. For example, in Secunda the water pressure was reduced which created a problem for the town.

“When it gets reduced, the reservoirs don’t get full enough. The towns in the low area get water quickly while the ones higher up struggle. In Bethal, water didn’t get to the smaller towns. Lydenburg is in such a bad state that no drop of water is coming into the sewage treatment system; the municipality does not fix the pump stations which are overrun by sewage.”

The Pioneer Services Company was appointed to manage the plant on behalf of the forum. Saving and protecting the future of the water resources lies in the hands of local communities and not only in those of the municipality.

“The biggest question though is will municipalities that knowingly pollute the country’s water sources be held accountable? The department [of water and sanitation] has to show its teeth now and criminally prosecute the polluters,” said De Klerk.

TimesLIVE has asked the water and sanitation department for say.

The department in July committed to implementing the recently relaunched Blue Drop and Green Drop Certification Programmes, which call for excellent drinking water and wastewater quality management in the country.

“The Blue and Green Drop programmes will be reinstated alongside other measures to strengthen the water quality monitoring system. These enhancements will provide a strong foundation for the establishment of an independent regulator for the water sector to ensure rational pricing and effective monitoring of service standards,” said acting deputy director-general Leonardo Manus, responsible for compliance, monitoring and evaluation.

The department said it continues to monitor municipalities for compliance purposes and maintained that several enforcement actions are being taken against transgressors.

It also said that though the Green and Blue Drop audits done in 2016/17 were not released to the public, the results were nonetheless released to the individual municipalities.

Load-shedding has caused sewage to flow into the Durban harbour while large parts of the city and surrounds battle water disruptions.
News
2 weeks ago

Water and sanitation minister Senzo Mchunu has apologised to communities depending on the Vaal River for government’s inability to solve the ...
News
1 month ago

Johannesburg is the largest city in the world not located on a major body of water. Yet its landlocked inhabitants have a years-old fascination with ...
Lifestyle
2 weeks ago