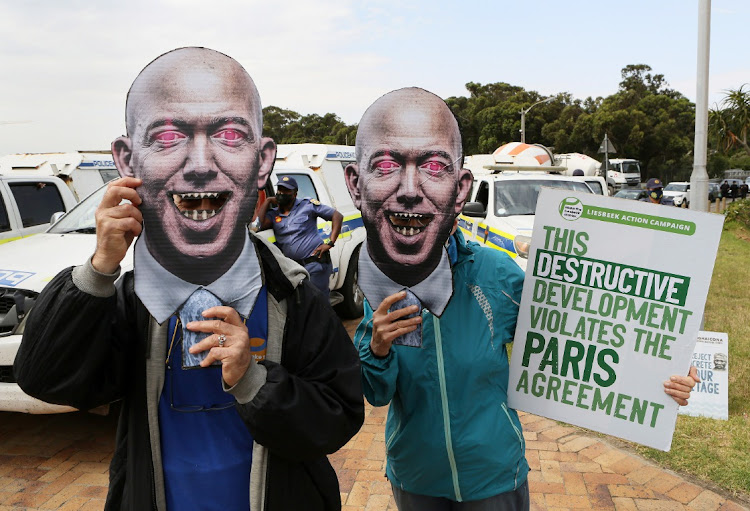 Protesters wearing Jeff Bezos masks stood on a Cape Town street corner on Friday and railed against a planned office precinct development that will house the African headquarters of retail giant Amazon.

Bezos, founder of Amazon and the second-richest man in the world, according to the Forbes Rich List, has been targeted by opponents of the River Club development who say his link to the project contradicts his environmentally friendly public persona. 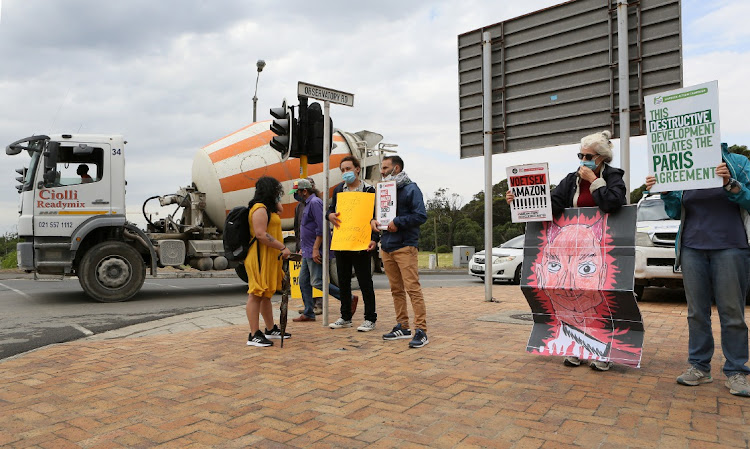 The American entrepreneur, who has stated he wishes to get humans to Mars, this month pledged $2bn for restoring natural landscapes and natural food systems via his Bezos Earth Fund. But his African headquarters is set to be located on a wetland and provincial heritage site, much to the dismay of various civil society groups who have challenged the development in the Cape Town high court.

For the Khoi and San — SA's first inhabitants — a verdant patch of land in Cape Town embodies victory and tragedy.
News
11 months ago

Friday’s protest near the site of the new development, on the banks of the Liesbeek River, also formed part of a worldwide “Make Amazon Pay” protest led by an activist group opposed to Amazon’s labour policies. 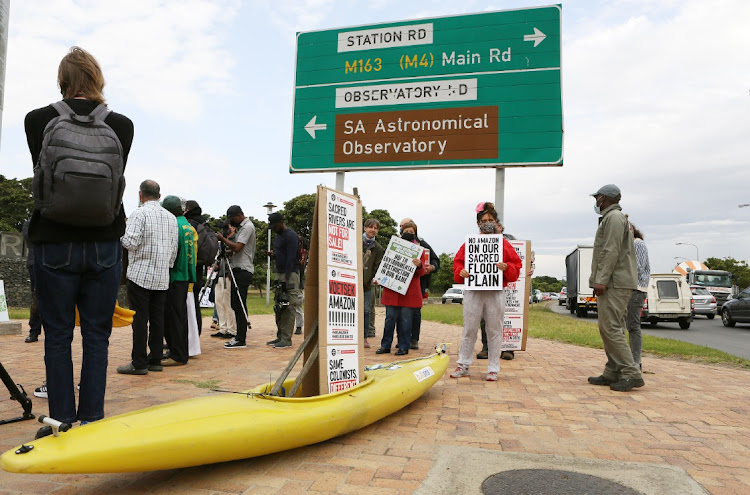 “We are allied with other groups who believe that Amazon is not behaving in a socially responsible way,” London told TimesLIVE. “We believe Amazon could have chosen differently, and can still choose differently.”

If successful in court, SA property developer Liesbeek Leisure Properties Trust could be compelled to restore the land to the condition it was in at the time of purchase.

Tauriq Jenkins, a Khoi traditional leader and AIXARRA Restorative Justice Forum chairperson, said Bezos and the SA government were turning a blind eye to the desecration of a Khoi sacred site. 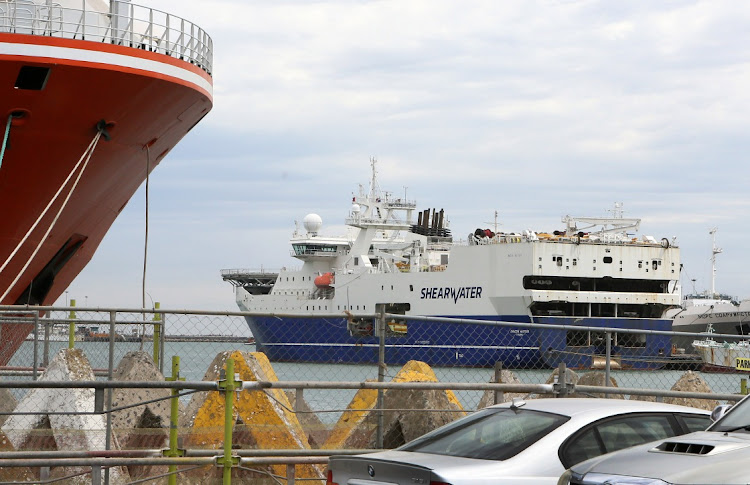 “Today we are objecting against the bulldozers which are on site,” Jenkins said at the protest, against a backdrop of cranes and cement trucks servicing the development site, which used to be state land.

“As each day goes by there is permanent and irreparable damage happening on that ground,” Jenkins said.

James Tannenberger, trustee and spokesperson for the Liesbeek Leisure Property Trust, has since said that while London and Jenkins said the property was now ecologically sensitive, the privately owned property, which previously housed a driving range, mashie golf course and tarmac parking lot, is severely degraded, and the property is not a wetland.

“As part of the redevelopment of the property and surrounds, R38m will be allocated to rehabilitate the riverine corridor, including replacing the concrete canal in which the river flows along the property into a beautiful naturalised riverine environment that will provide a vastly improved habitat for a range of species.

“Furthermore, the property is not a provincial heritage site. To celebrate the intangible heritage of the broader Two Rivers area, of which the River Club forms 5%, the project will include a number of features focused on celebrating the rich heritage and history of the First Nations, including a heritage, cultural and media centre.

“The basic assessment for the redevelopment affirms that the project, including the rehabilitation of the Liesbeek River, will not impact  negatively on climate change. The green principles practices being applied in the construction and building phases make this one of the few sustainable green developments in the country,” said Tannenberger. 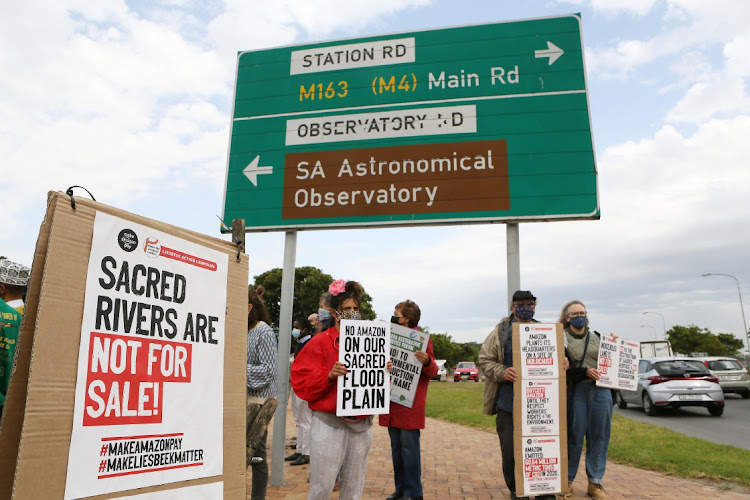 He added that, as the first respondent in the legal matter, the Liesbeek Leisure Property Trust will oppose the court action that has been launched by the OCA and the GKKTC.

“The development has all rights and permits in place, which is why construction is under way.

“The LLPT remains committed to delivering a development that will create over 6,000 direct jobs and presents many other exciting opportunities for the people of Cape Town and the Western Cape,” said Tannenberger.

Editor's note: This story was updated to reflect comment from James Tannenberger of the Liesbeek Leisure Property Trust. 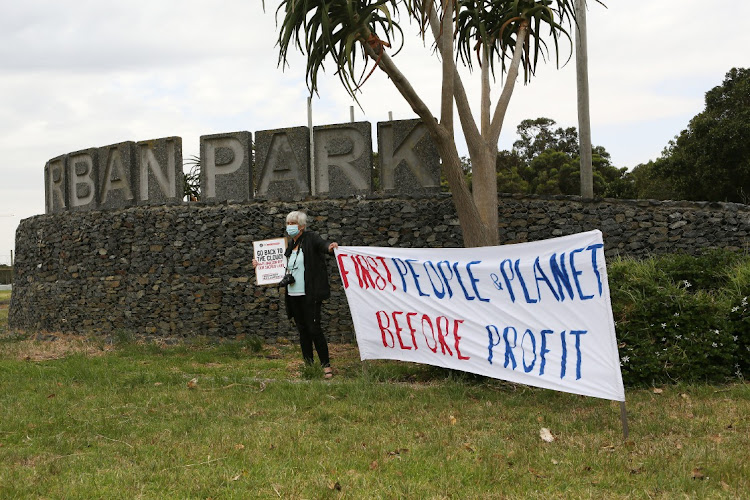 Prof Leslie London leads the Observatory Civic Association, which has actively opposed the rezoning of an area in Cape Town to facilitate a mixed-use ...
News
11 months ago

Planned HQ for Amazon faces court battle to block it

The Portuguese tried to grab it. The Dutch and English squabbled over it too. But now the treasured piece of Cape Town real estate is due to bear the ...
News
1 year ago

Environmental authorisation given by the Western Cape government for a mega-development in Cape Town does not comply with the law, a city department ...
News
1 year ago