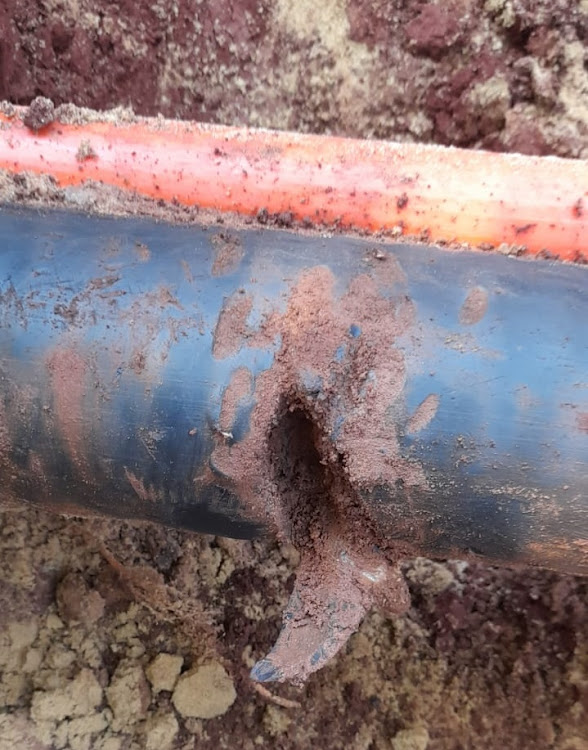 It could take four to five days to fix the problem.
Image: Eskom

An attempted cable theft incident and damage to infrastructure could see residents of Bedfordview in Ekurhuleni without electricity for up to five days, Eskom said on Tuesday.

Gauteng spokesperson for the power utility Amanda Qithi said staff were working around the clock to locate the affected infrastructure, assess the extent of the damage and prepare for repairs.

“Due to the extent of the damage caused by the attempted cable theft and vandalism of the electricity infrastructure, it is estimated that supply could be restored within four to five days,” said Qithi.

She said the incident was reported to the police for investigation.

“Eskom recently reported an increase in illegal electricity-related activities in Gauteng, and the power utility has intensified efforts to address the ongoing theft and vandalism of its electricity infrastructure.

“Partnering with communities and law enforcement agencies has shown results in the efforts being made, as perpetrators conducting electricity-related criminal acts were arrested recently.”

Gqeberha police are urging residents to refrain from illegally connecting electricity as this can have fatal consequences.
News
5 months ago

A forensic report that went unnoticed by Eskom bosses for more than a year has lifted the lid on wholesale sabotage of infrastructure by unscrupulous ...
News
5 months ago

Eskom disconnected homes that were illegally connected to the grid in the Northern Cape this week.
News
5 months ago

Free State police have arrested two alleged Eskom employees after they were found in possession of a large quantity of copper cables in Welkom.
News
5 months ago