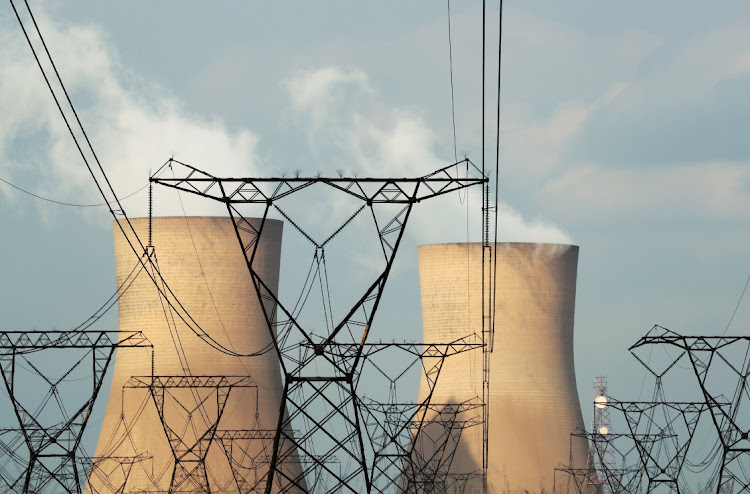 A senior technician has been fired from Eskom for abusing his bosses on Facebook.
Image: Mike Hutchings

The labour court has switched off the hopes of a former Eskom employee who was fired for ridiculing his bosses on Facebook.

Iteseng Joseph Nkgwang took the decision of the Commission for Conciliation, Mediation and Arbitration (CCMA), which upheld his dismissal, on review to the labour court in Cape Town. The judgment handed down by the court details Nkgwang’s odd behaviour.

He was employed by the power utility as a senior technician since 2005 and lost his job in 2018.

Nkgwang took to Facebook to attack his then boss, a senior manager of maintenance and operations.

‘It is not through a fight that you get what you want,’ says former CCMA commissioner who wants to help

A labour commissioner for 20 years, Mapalo Tsatsimpe decided to pen a book to educate employees on mediation, saving them the stress of losing cases ...
News
3 months ago

“The employee posted the following message about her on Facebook, ‘When you are disabled you have to treat people like rubbish’,” the judgment reads.

“He also posted the following message in respect of the general manager in the province, ‘You think I am scared of her, black mother full of s**t’.”

At the time, both managers had never met Nkgwang.

He was hauled before a disciplinary hearing.

A pricing manager at Eskom chaired the disciplinary hearing and was not spared from Nkgwang’s posts.

Nkgwang was not dismissed after the disciplinary hearing.

A forensic report that went unnoticed by Eskom bosses for more than a year has lifted the lid on wholesale sabotage of infrastructure by unscrupulous ...
News
1 month ago

“The employee is suspended for 14 working days without pay from Eskom’s service starting on January 15 2018. The employee must report for duty on February 2 2018,” the manager ruled.

“Further, should the employee, within a period of 12 months from the date of this letter, make himself guilty of a transgression related to this case or any other serious transgression, disciplinary action will be taken against him which may lead to a more severe sanction.”

Nkgwang was charged, a disciplinary inquiry was conducted and he was fired.

He did not take the fight lying down and dragged Eskom to the CCMA.

Nkgwang told the CCMA he was not on duty when he posted the messages on Facebook. He argued, among other things, that an employer cannot charge an employee for something done outside the workplace. He complained he was dismissed while on sick leave and in possession of a medical certificate.

We saved more than 58,000 jobs despite budget cuts and increased demand, CCMA says

The Commission for Conciliation, Mediation and Arbitration says it was able to save 58,165 of 138,816 jobs likely to be lost to retrenchment in the ...
News
3 months ago

There was nothing insulting towards the manager in the Facebook post and I was being vilified for telling the truth. The manager also misunderstood what I meant by idiot,” Nkgwang told the CCMA.

He said Eskom was inconsistent because other employees also posted issues with the power utility on Facebook. Nkgwang said social media rules were only sent to employees after his dismissal.

However, the CCMA commissioner who presided over his case found his dismissal was “substantively and procedurally fair”.

Nkgwang then took the fight to the labour court.

He challenged the CCMA decision on nine grounds, including a claim “the commissioner was unduly influenced by the previous commissioner”.

However, the court found no merit in his arguments and dismissed the application this month.

Free State police have arrested two alleged Eskom employees after they were found in possession of a large quantity of copper cables in Welkom.
News
1 month ago

'We are going to nudge you until Eskom is effective,' frustrated Scopa chair tells officials

"Our message to you, Eskom, is simple: shape up or ship out," says Scopa chair Mkhuleko Hlengwa
Politics
1 month ago

ANC must give De Ruyter full backing against vested interests

Eskom will remain a 'dead horse' if the ruling party does not summon the political will to support the CEO, writes William Gumede.
Opinion & Analysis
1 month ago