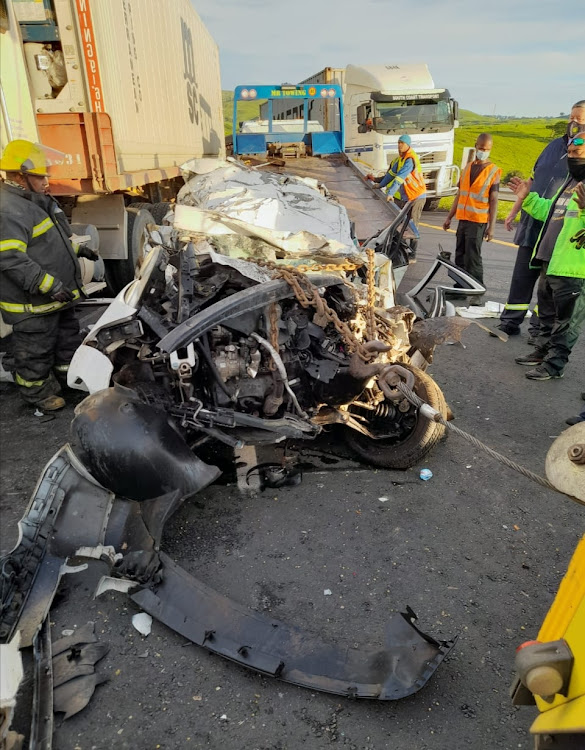 Three people died in an accident on the N3 involving a truck and a car
Image: Supplied

Three people died in a horror crash between a truck and a car on the N3 on Wednesday morning.

“A woman and two men suffered fatal injuries in the crash.

“One person was treated for minor injuries by paramedics on the scene,” he said.

McKenzie authorities were trying to establish the cause of the accident.

“The motorway was obstructed and emergency services are clearing the scene.”

A tragic accident in which two colleagues were killed, one seriously injured and five hurt and traumatised has left the 14-member team behind ...
News
7 months ago

More than 2,000 cars an hour expected on N3 as holidaymakers rush to coast

The N3 Toll Concession recommends motorists plan their routes prior to departing on holiday and stay informed of road and traffic conditions.
News
7 months ago

Eight people died on Monday morning after two vehicles collided and burst into flames on the N1 outside Beaufort West.
News
7 months ago

Four people were killed and 28 others injured when a bus and a truck crashed in Jacobs, south of Durban, on Wednesday afternoon.
News
7 months ago