Four killed and more than 1,600 households affected by KZN storms 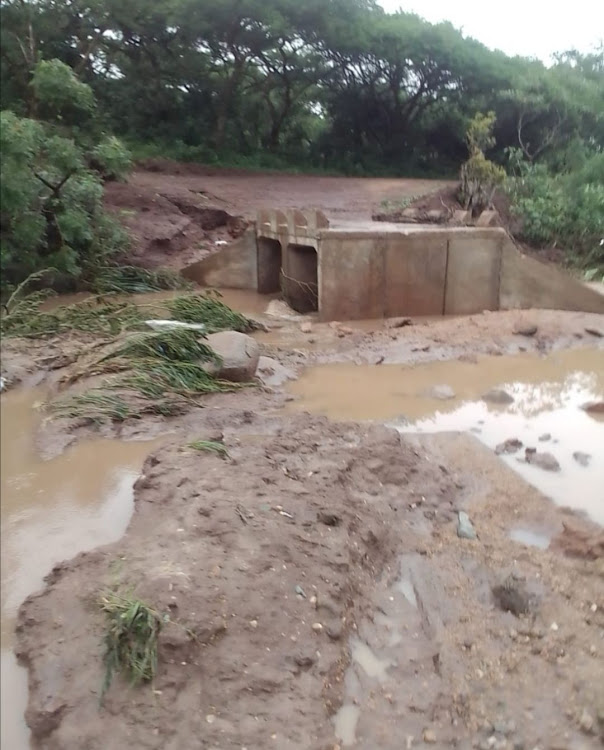 Violent storms that recently struck large areas in KwaZulu-Natal claimed the lives of at least four people, including a three-year-old, damaged power lines, uprooted trees and affected more than 1,600 households.

On Wednesday the provincial co-operative governance and traditional affairs department said inclement weather conditions since December 15 left a trail of destruction and devastation in several areas.

“As a result of the weather on December 30 alone, four fatalities occurred, including a three-year-old who drowned,” it said.

“The nature of the incidents ranges from housing structural damage to the collapse and flooding of roads, and hail damage. Some incidents led to fatalities.

“Some areas experienced blackouts as a result of extensive damage to power lines after trees were uprooted.”

“Following the severe thunderstorms that brought hail and heavy rains on Tuesday, the number of households affected is expected to increase.”

Warning issued as hail and thunderstorms possible in KZN

The KwaZulu-Natal government has warned the public to exercise extreme caution as severe thunderstorms and rain are expected on Tuesday evening.
News
4 months ago

The department said it received more than 12 severe weather warnings from the SA Weather Service in recent weeks.

“Since the start of the festive season, the department has activated all disaster operations centres to monitor incidents and co-ordinate responses and report to the weekly joint operations committees on further interventions required.

“The department has also provided social relief to all municipalities for distribution to the affected households while facilitating interventions by other sector departments in line with their legislative mandates.”

The total cost of the damage has not been finalised as assessments are being conducted and incidents continue.

MEC Sipho Hlomuka said with the recent weather patterns, it was evident “climate change is real, frequent and violent.

“We need to pay attention to all the severe weather warnings to practise risk-avoidance behaviour such as staying indoors, avoiding sporting and recreational activities during thunderstorms, and ensuring we do not cross overflowing and running rivers either by car or on foot.”

A 10-year-old boy drowned after being swept away while attempting to cross a low-lying bridge in KwaZulu-Natal, and a second person is missing.
News
4 months ago

Severe thunderstorms and torrential rains wreaked havoc across parts of the KwaZulu-Natal Midlands with fallen trees blocking part of the N3 highway ...
News
4 months ago

The SA Weather Service has issued a warning for severe thunderstorms and hail over parts of KwaZulu-Natal on Thursday.
News
4 months ago