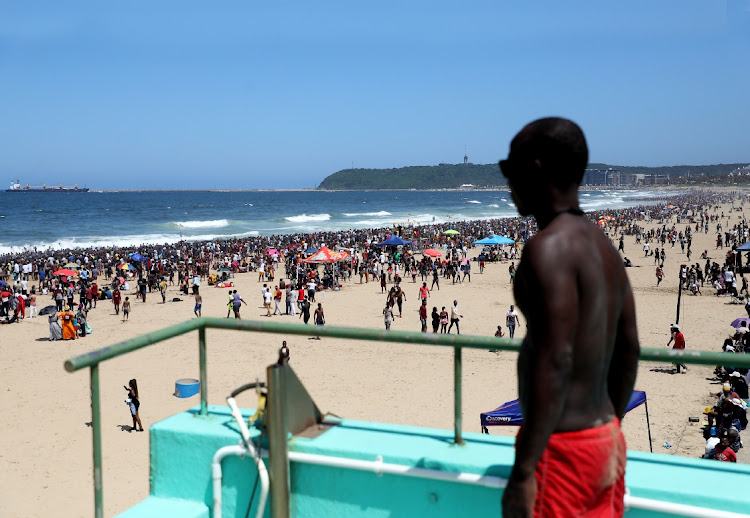 Six of Durban's beaches have been closed after unacceptable levels of E-coli were found in the sea water. Stock photo.
Image: Sandile Ndlovu

The eThekwini municipality has closed six of Durban's beaches with immediate effect after “unacceptable” levels of E. coli bacteria were found in sea water following the “vandalism” of one of the city's sewage pump stations.

The municipality said in the interests of public safety, the following beaches would be closed until further notice:

“The levels of bacteria have been compounded by the unceasing vandalism of one of the city's sewage pump stations and abnormal heavy rains that are washing waste from multitudes of informal settlements along the uMngeni River,” said city spokesperson Msawakhe Mayisela.

Hyacinth plants caused the temporary closure of some of Durban's beaches on Wednesday, says the eThekwini municipality.
News
4 months ago

eThekwini has temporarily closed the North, Bay, Battery, Country Club 1 & 2,  eThekwini and Laguna beaches due to a discharge of "very abnormal" ...
News
4 months ago

Beach lovers celebrated the new year with a splash.
News
4 months ago