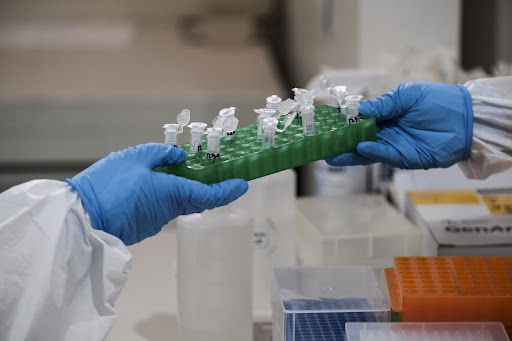 Once the 22-year-old adhered to the anti-retroviral medication used to treat HIV and her immune system strengthened, she was able overcome the Covid-19 infection.
Image: Bloomberg

A South African woman suffering from inadequately treated HIV, and who harboured Covid-19 for nine months, experienced the respiratory virus develop at least 21 mutations while in her body, according to a study.

Once the 22-year-old adhered to the anti-retroviral medication used to treat HIV and her immune system strengthened, she was able overcome the Covid-19 infection within six to nine weeks, the study led by scientists from Stellenbosch University and the University the University of KwaZulu-Natal showed. The research has not been peer reviewed.

The study adds to evidence that Covid-19 may mutate rapidly when harboured by immunosuppressed individuals such as those not taking medication to treat HIV, and this may lead to the development of new variants. The Beta variant, with which the patient in the study was infected, was discovered in SA, as was the Omicron variant.

“This case, like others before, describes a potential pathway for the emergence of novel variants,” the scientists said, stressing it was a hypothesis.

“Our experience reinforces previous reports that effective anti-retroviral treatment is the key to controlling such events.”

SA has the world’s biggest HIV epidemic with 8.2-million of its 60-million people infected with the virus which weakens the immune system.

The coronavirus harboured by the patient in the study developed at least 10 mutations on the spike protein, which allows it to bind with cells, and 11 other mutations, the scientists said. Some of the changes were common to those seen in the Omicron and Lambda variants while other were consistent with mutations that allow the virus to evade antibodies.

A Covid-19 vaccine trial in SA will assess the safety and impact of varying doses of Johnson & Johnson and Pfizer shots as boosters for those ...
News
5 months ago

While pathogens have developed resistance to treatment, there have been no truly new antibiotics in 30 years. Why?
World
5 months ago

Children in sub-Saharan Africa hospitalised with Covid-19 dying at a higher rate than others: study

A study has found that children in sub-Saharan Africa hospitalised with Covid-19 are dying at a rate far greater than children in the US and Europe.
News
5 months ago