War vets demand meeting with president before the end of February 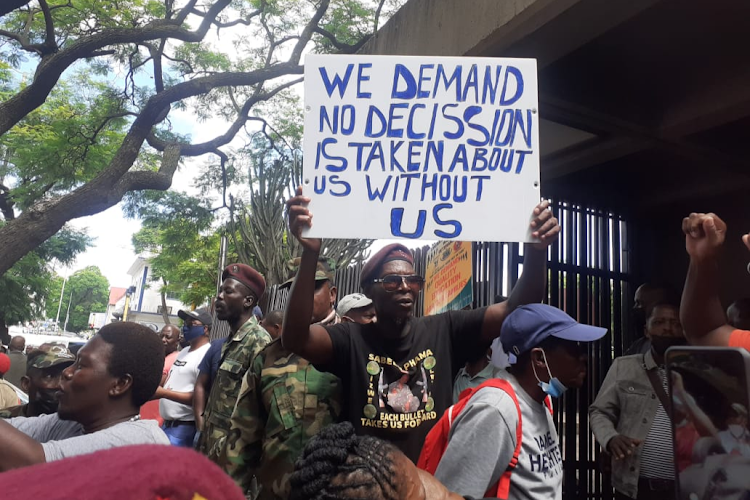 The Liberation Struggle War Veterans marched to the Union Buildings on Tuesday to hand over a memorandum to President Cyril Ramaphosa. They were still waiting at 3.30pm, after turning away a presidential representative.
Image: Shonisani Tshikalange

The Liberation Struggle War Veterans (LSWV) say the case against 53 people accused of holding ministers hostage last year is being used to scare them away from what they deserve. They are calling for all charges to be dropped.

The group’s members marched to the Union Buildings on Tuesday to hand over a memorandum to President Cyril Ramaphosa, shortly after the case was postponed.

“We understand that the arrest of 53 comrades who are appearing in Pretoria court was planned by the state to silence the ex-combatants.

“We are also aware that the events that led to the arrest of these comrades have signs of a carefully planned plot to criminalise and isolate some veterans from the liberation struggle history and later from the talks about reparations,” it said.

The accused appeared at the Pretoria magistrate’s court, where they face one count of conspiracy to kidnap and 26 counts of kidnapping. This after they allegedly held defence minister Thandi Modise and other government officials hostage during a meeting last year. 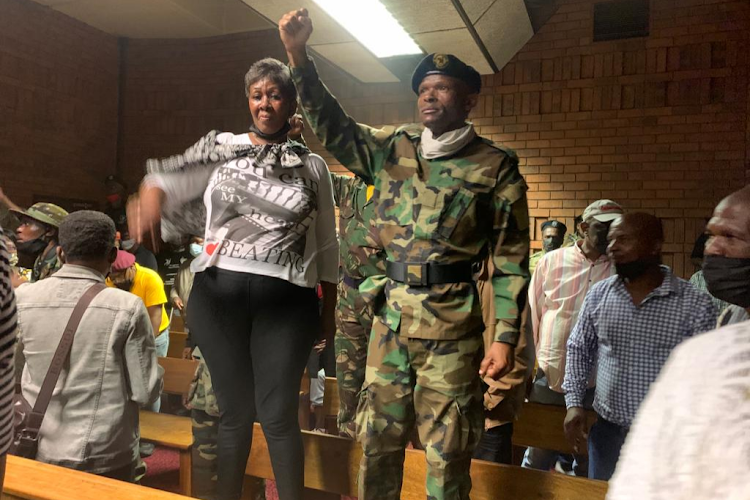 It is alleged the group stormed into the Saint George Hotel, where they closed entrances and barricaded doors with chairs, telling the ministerial delegation that no-one could leave until the president or deputy president addressed their issues.

The 26 delegates were kept in the venue for three hours.

The defence is expected to make representations to the director of public prosecutions (DPP) on April 20. It and the state will discuss the outcomes thereof on May 12.

The case has been postponed to May 15 for the DPP’s decision.

The veterans said the case involved concealing challenges faced by liberation struggle war veterans and hiding the truth about reparations.

They are, among other things, demanding to meet the president by no later than the end of February.

Addressing the group outside the Union Buildings, one of their attorneys, Andries Nkome, said they were pushing hard to have some members’ phones returned. The devices were confiscated when they were arrested. The court heard that the state and defence were going to discuss the matter.

#MkVeterans are marching to the union buildings after their case was postponed to May this morning @TimesLIVE pic.twitter.com/aBqEAMAEYU

At 3.30pm on Tuesday, the group was still waiting to hand the memorandum to Ramaphosa after turning away a representative who had been sent to receive it.

The #MKVeterans have arrived at the union Buildings where they are expecting to meet with the president.@TimesLIVE pic.twitter.com/cLWuOziZ3T

Eleven former military veterans arrested for their roles in the alleged ministerial “hostage” situation last week will remain behind bars until ...
News
7 months ago